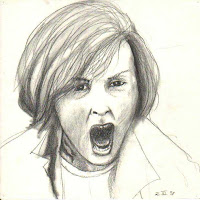 ...so I told Aloysius’s story second hand to Micheesha who by the end of it was as incredulous as I was about it all.
- That’s fock’in’ nansense – she said, v.annoyed, like she’d taken a personal affront to what I’d just told her, and that that was my fault.
This happens a lot to me and the likes of Bogdan. You tell someone a tall tale; usually to some dweeby wee scroat, and they get all flustered and reprimand you for trying to pull their leg. One geek, named Carlos Ponce, was particularly annoyed once when I told him my great aunt had a condition where pubes were growing out her scalp and that this was an internationally recognised medical condition called Pubis Headus; using Don King as an example. 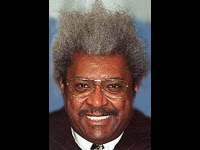 - Don’t tell fuckin’ lies to me, Danny Pongo! There’s no way that is a real medical condition. It would’ve been the subject of a million jokes; and I’m sure I would’ve written 500,000 of them. I’m not been taken anymore on one of your joyrides of the imagination. – He fancied himself as a bit of a comedy writer that Carlos Ponce, whose fave song was this:

The story I basically told to Micheesha was prefaced hurriedly by what led up to this strange episode, which is talked about here, here, here, here and here.

When Aloysius entered the city with the madly tall skyscrapers he promptly fell asleep again, hypnotised as he was by the unfathomable heights of those monolith gleaming steel and glass edifices. When he came to he was being wheeled along a corridor that ran along the glass panelled side of a large long laboratory. When he

got to the end of the corridor he was abruptly turned left into a small felt padded room with a Formica counter running round the edge. Here there was a man in dark glasses and a dark polyester suit who was standing tapping away at a computer keyboard that was situated at waist level. When this man noticed that Aloysius had entered he turned round and motioned to him to get up out of his wheelchair and to step forward. In a nutshell the man told Aloysius that Greg the Torturer had been tracked for a long time re his Internet usage and that he was building up a regular addiction to child porn. An anonymous message had

been sent to Gregory and he was threatened to desist from his pursuit of Aloysius, his pal, and pal's ex or else the proper authorities would be notified.
Aloysius then told me that he and the man in the shades had a long discussion about it and they decided that Gregory the Torturer deserved to die anyway because of his online viewing habits. So the agency the man in the shades worked for sent Gregory another package, which contained a Dyonaskin Leaping Frog, which, when attached to your skin, will rub in a deadly poison. It transpired in their conversation that They had tried to kill Gregory in the past, because of his brutal paramilitary torturing techniques, but the Frog got him in the eye and Gregory survived, which explains the patch. This time they said they’d definitely get him, cos this time they said they were going to pack two Dyonaskin Leaping Frogs and that that would defo do the job.

It was at this point Micheesha cut me off.
- Gregory the Torturer’s not dead – she squealed, unable to take the stream of unbelievableness I’d so far talked on.
- Gregory the Torturer’s alive and well. I saw him buying milk in the Mace this morning. And that eye patch he wears? A fuckin’ frog didn’t jump into his eye. He hit himself up the gub with a pool cue when he was torturin’ some cunt and knocked his eye out.
- Maybe he was a ghost that you saw in the Mace – I timidly offered.
- Fuck’ah – grumbled Micheesha.
...murkier and murkier.
Posted by Danny at 01:25