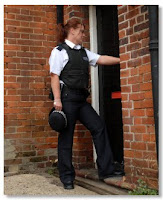 Today while in the middle of letting the finer points of Aloysius’s story sink in I paid a visit on Otis downstairs to see if I could find out the whereabouts of his da. The knock on the door I give was of the same loudness as that of a cop’s, were that cop to be following up on a witness to a minor crime; I mean, the same lack of urgency that that cop’s knock would have, not like BOOM BOOM BOOM. Otis came to the door and give a quick nearly imperceptible cock of the head, raising his eyebrows quickly too, in that subliminal motion of his that communicates: “What you want?”

Inside Otis’s flat is very nice. He has a comforting soft-deep blue-sky carpet and nice wallpaper. It is in stark 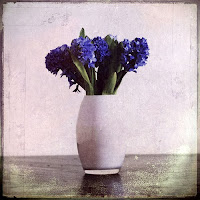 contrast to my flat. I only just this week got the hoover fixed after 6 months of it being banjaxed. My carpet would’ve put you in mind of an Amazonian forest floor. There were beer caps, filters, hairs, stains of: cat piss, red/white wine, blood, vodka, scotch, gin, beer, bong water, etc etc etc, and the freshly shorn skins of arachnids. There were a smell in the place over the head of my filthy carpet. Otis’s flat was filled with the smell of agreeable poi porrit and also a slight hint of the watery vaginal expulsions of a newly broken in young filly.

In his living room on the sofa was a woman of bleach blonde hair and a smooth though noticeable paunch (noticeable for its protruded-ness which was not helped by its being exposed just above the navel by her tight AC/DC boob tube). It was around 4.30pm and she had just passed that point when you hear that click, as Paul Newman so eloquently explains on Cat On A Hot Tin Roof. 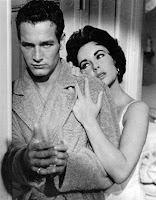 I was mildly stoned on some squidgy brown (caramello) that I’d got off that frosted tipped wholesaler of mine and the woman of the bleach blonde hair told me her name. It was Sheila. --- Do you want some sex? – she asked. I took a look at her. She had the jawline of Schwarzenegger and the breath of someone who daily engages in the act of felching.

No thanks – I answered. Wrong end of a bottle of vodka for that, I think

Otis returned with a cup of coffee for me. I told him about my plan for excavating the gold and if his da would help. Otis reminded me of the fact he’d dropped a radiator on his da’s head not so long ago, and gimmie a quick update as to how that was working out, which was mainly that he was braindamaged and couldn’t even tie his own laces never mind set a stick of dynamite. So that was that for the plan, I thought. For the meantime, anyway