My sister came round today looking a fag. My granda was with her which was mysterious – that is mysterious up till she told me that she’d won a coin flicking contest with him and won 30pounds off him.
I said – oh yeh? –
- and she said – yeh. Me and granda threw a tenner into the pot each that I’d beat him in a toss of the coin. I bet heads three times –
I asked – did granda not get a turn to call? –
and she said – he did and he always went for tails –-
then granda piped up – your gran always went for tails in a coin toss.

I knew my sister knew granda always went for tails cos of what granny said. Granny read the tarots for folk and convinced granda she could talk to the dead. In 1959 she told him that she'd forseen the Russians dropping the H-Bomb and sent granda to Donegal and told him she’d be along in a day or two with the children. She never showed up and told granda it was on account of her being held up in the traffic jams with all the people trying to get out of town before the bomb fell. Granda believed her and to this day thinks the reds tried to go nuclear on the west. But he still has that sneaking suspicion there, my ma tells me, that he thinks she sent him away so she could participate in an affair she was having. 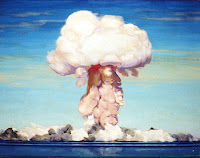 When Granda and my sister (I’ll call her Micheesha. I’ve mentioned her enough times) arrived I had Coronation Street on ready to start. 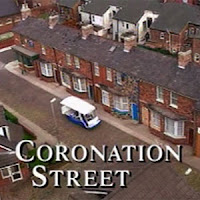 Granda took a pew, pulling up his trousers before he sat down as old men are fond of doing, and said
– My TV’s haunted –

- How so granda? – I asked him.
– I got your uncle’s step son Billy Wheelbarrow to chip my card, and that was OK; I got all the channels and all for the regular 30pound charge, but when I go to turn the tele’ down with the tele’ remote control the fuckin’ SKY goes mad and switches to the GOD Channel. Channel 609 ---
- Maybe it’s the Lord trying to tell you something, granda?
– he could think of plainer ways than that – said granda.

Then my uncle arrived. His name is Gavin, the Belfast alco. It had been a big day for him today. He had been to the ‘Big Doctor’ in Donegal Square North for a review of his DLA to see if he still deserved that benefit for being an alco. The front of his jumper was covered hem to neckline with long strips of silvery wet slabber. It was like a herd of snails had passed over his jumper in the night.
--- did they give you the OK? - asked Micheesha, with the sort of giddy anticipation (that’s today (and only rarely) matched in its ferociousness by Ulster’s precious mothers awaiting the A-Level results of their children arriving on the door mat this morning).
--- Yes – said Uncle Gavin. I’ve been on the hooch since Sunday night; and this morning swallied 3ltrs of water. When I gat to the doctors surgery I boked all over the show!
– you’re a fuckin’ blitzer – laughed Micheesha.

At the advert of Coronation Street I was admiring Granda’s sweater. --- I like your sweater – I told my granda
– ah this old thing – replied granda – I’ve had this so long all I’ve to do’s whistle and it jumps right on me – then he took it off threw it on the floor, whistled, then picked it back up and put it back on, to demonstrate, and I think went slow-mo when he put it over his head, to show how this happened.

Then Coronation Street came back on again. Ashley was supporting Claire in her efforts to start up a Street Fete. 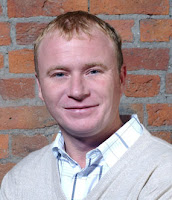 Granda said – that one Ashley’s a fuckin’ halfwit – he’s a gub like a monkey ---
and true enough Ashley does revert to the Simian pout when he wants to express his emasculation at the hands of Claire – or just his general gormlessness.

When I returned home I discovered Aloysius lying in an empty bath listening to this Alicia Keyes (You Don’t Know My Name) song on a little portable radio he was clutching tight to his chest. On my laptop, which he had mounted in the corner of the bath he had a vid’ called ‘Amateur Gets Her Wet Teen Pussy Eaten Out By Her Boyfriend’. When I walked in on him he was going hell for leather; cheeks red and wobbling and wrist going like mad. When he opened his clenched eyes and saw me standing there he said, --- Well this is what I like to call my Hamlet cigar moments... -