For One More Forgotten Hero, And A World That Doesn't Care

That night I had two profound thoughts occur to me, and all during Party Time's miasmic meanderings. The first manifested itself when my attention began flaking, somewhere halfway through the crux of his narrative, and I took a turn down some ecclesiastical near-well-trodden-path and I realised something: That for independent businesses The Troubles were a boon, which is to say, a retail market empty as a nun's cunt was a veritable goldmine for the independent business owner...for there were no multinationals or American franchises wanting to invest over here, worrying employees under their watch were going to get blown to bits...ergo the half-savvy Sammy-Sixpacks, with their eccentrically titled corner shops, had it made!
The second thought, just in the present, I can't seem to recall...but nevertheless, I guess the rest of what happened when Party Time came back is what's really, I mean ostensible as a cancerous membrane, is what really, honest-to-God is on my mind...:
So I got him up into my place and away from that excitable neighbour and got him hunkered down into the lovely deep comfy recesses of my beautiful sofa.
- So tell me the rest, Party Time, - I went.
He was unresponsive as a disassociating child sex abuse victim. His eyes rolled in his head. I sensed there wasn't a threat to his here-and-now wellbeing, or mine, so I sat looking at him for the longest time and his skull took on a likeness of a basic fruit machine, his eyes rolling on and on forever and ever round and round, a formula of meanings, expectations...and possibilities.

He was in the grip of some sort of uber-amphetamine high...and truly there was nothing left to tell of his story between his leaving London and his getting back here, except to say he couldn't remember how he arrived back at mine.
An indeterminate time later he started wigging out. He started to scratch his face violently like that boy in Poltergeist, that Parapsychologist when he's at the bathroom mirror, - and - he also wet hisself.
I showed him the Two Girls One Cup video again and he stilled for a while and adopted this rudimentary dog-like expectant poise, like you're just a second away from throwing the stick. 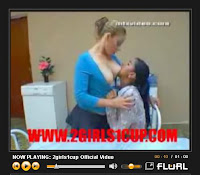 I went through One Man One Jar, One Man One Horse, Three Men One Hammer...on and on the parade of sick audiovisuals went, and Party Time laughed and laughed like a maniac, laughed and laughed right up till he shot up off his perch, flung hisself halfway across the room and gagged on two sandpapery dry-heaves then boked this heinous green slime all over my lovely big shag-pile rug.
I reacted with massive aural horror and tried to articulate, albeit abstractly, my mortification through the eclectic verbal medium, but all I could muster was this hammy stage-hack job trying to approximate a seizure whilst emitting the noise of a deaf mute infant being dry arsed to bum bleed, - and so was all: - Right! We're goin out for a spin to get yer head cleared! I drove around. The Newtownards Rd, Albertbridge Rd, up through Ballyhack and down through Stormount. I showed Party Time the building within which the Vaudeville Power lies.
When it seemed he'd calmed down I asked him if he were hungry.
- Ah ahm fackin foam-ished.
- Right then. Let's hit Micky D's!

We detoured roundways to the McDonald's that's across the way from the Dundonald hospital. I always liked this McDonald's the most for its apparent clean appearance. Though, to use an analogy, who knows what sinister trivia lurks in the subtext of the common quiz show standard.
I got Party Time a Big Mac and the cunt wolfed it in two gulps. As soon as the last of it was down his gullet he started going spasmodic on it again and took my butterfly knife out the glove compartment and started acting the Rambo with it.
- Take it easy, Party Time, - I went all softly-softly, bereavement councilor like. - You gotta just relax! - I went.
- Roll-axe?! Ha con ah Roll-axe? Wan fockin Chan-arse Sockrat Pal-ease as ova thah?

I squinted in the direction Party Time were pointing. This tragic looking, prematurely aged, McDonald's middle manager sadsack sort dawdled along in his pretzel frame with all the spring-in-his-step of a new arrival at Auschwitz.
- At as ham! - Declared Party Time like Lawrence of Arabia.

Then Party Time exited the vehicle, butterfly knife in hand, and went running full pelt toward the McDonald's till jockey all in mealymouthed loud babel and threatening bloody death.
In me some perverse humanitarian altruism had me act. I took myself from behind the wheel and chased after the Aryan Poster Boy Party Time, a great facial edifice of concentration writ large as I endevoured with all I had in me to catch up with the maniac. And, just before it was too late, I did...
...Party Time had got within a foot of the McDonald's man before I sweeped him from behind, catching his ankles and taking him down. His big diving board chin hit the ground first, followed not a great deal of time later by the majority of his face, which popped like a bad tamatae covering the immediate surrounding tarmac with his own blood and Crystal acne.
Yet this did not seem to faze him in the slightest, and actually the emotional occurrence that registered on his simian face was one like what 'the squares' faces' go like when a bit of couscous has gone down the wrong way.
He squirmed impatiently, bawling like a colic baby, so's I'd to pound him like there were no tomorrow, till he were knocked out cold, while the McDonald's binman star-jumped sideways; crablike in oldman trots till he were at a safe distance and could relax.
I hauled Party Time over to my motor and got him in the back seat. His nose came apart in three ways and I bust his top lip open at multiple points.
Back at home I took him outta the motor by the ankles and pulled him like a big sack of shite up my drive. Mrs Mulberry and one of her old doll bridge pals watched me and I'm sure I heard the pal go: “Fuck me, he's kilt'm!!!”
So I dug out a set of Kimba's sex handcuffs and handcuffed the big knocked out cunt to the radiator in my living room, where he stayed, sleeping for three and a half days, till he woke up. After which I threw him out.
Cunt's probably a homeless bum now...
Posted by Danny at 02:46