So Hold Me Mom In Your Long Arms...In Your Military Arms


When I was 16 I started bucking this gagging-for-it 41-year-old mad 'un. She was bottle blonde and called Jude. She was a friend of my mother’s from her PTA days and she introduced the two of us (my mother) over a game of Buckaroo. 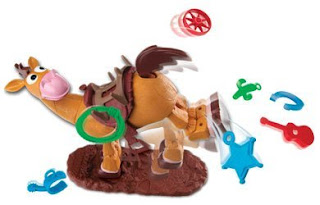 I think it was the mechanical jerking of that bucking plastic donkey or whatever it was got me so turned on to begin with. As the game went on Dirty Jude started playing footsie with me, inching her little foot up the inside of my leg straight up to my cock. That foot of hers had a great dexterity and could even grip things; probably with the same strength as a baby monkey.

Dirty Jude’d had no babies and as a result of this her skin, especially round her torso, was smooth and firm and her tits were round pert classics. I liked to put one of them in each hand close my eyes and imagine I were carrying two baldy midgets under each arm.

She used to say – You want to come in through the VIP entrance tonight, lover? – in her cracked and ruptured girlie falsetto. Then she rolled onto her stomach and spread her cosy little arse cheeks apart while I poured Baby Oil all round her opening which were like a soft spongy crater in appearance.

It was over Christmas ma reminded me of her. We were sitting over a reasonable Christmas Lunch, all the usual things there, turkey like fucking plasterboard trying to swallow it (or it could’ve been my nerves) and she says:
- remember that dirty auld hoor Dirty Jude? –
- yes, - I said – remember you give her a thick ear when Micheesha told you what we’d been doin’ together?
- Wish I’d’ve given her a thick head. You’re a dirty pig, Danny. Goin’ with a hoor like that, older than your mummy.
- What about cousin Uganda (cousin I haven’t mentioned before. A gaming success – make of that what you will). He married one 14 years older. He married her. And he’s rich as fuck. He got trapped, dear. I was desperate for a fuck, 16 and all. Which makes him he fool in my eyes and me just…
- Don’t talk about your libido in front of your mummy. C’mon now, play the game!

Later Micheesha came in. Sat all night making eyes at me but didn’t say anything because Mother was sitting there.

When mother started to nod off she said: - That auld hoor Dirty Jude, - out of the blue - but really a culmination of her annual Christmas Night eyebrow plucking ‘settling of an old score’ in her militaristic brain.
- Dirty Jew! – exclaimed Micheesha. – Don’t be anti-Semitic. Its Christmas!
- Christmas is when its nearly ok to be anti-Semitic. – I said while watching gentle Jesus on the tele getting all his presents from the magi.