Pretty Paper, Pretty Ribbons Of Blue, Wrap Your Presents To Your Darling From You

After that scatty little detour – haha! – I’m back functioning to the best of my abilities again and putting all the words in their proper order. Praise be!

Christmas didn’t turn out too bad after all despite Mother inviting Uncle Dudley, who, at this time of year, gets pissed every day from the night of Children In Need onward till he’s stone broke a few days after New Year’s and he can drink no more. I would suppose that he is drunk more so between this period as it is fair to say he is drunk generally most the year round.

In this very drunk state he tends to antagonise people, crossly accusing them of engineering plots to bring about his downfall. Trying to get them to own up to these conspiracy’s – or he'll at least, finally, pleadingly, request some abstract clue as to how to avoid ruin. 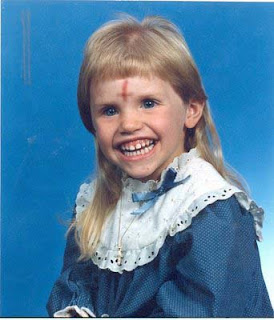 As well in attendance were that fucking holyjoe moonbeam Nirab, who before Christmas Dinner tried to fucking rap grace, then gimmie a wink after like I’d think he were fuckin boss of the bus or something. Earlier to that, to freak Nirab out, Uncle Dudley held one of Mother’s many crosses over the flame from the cooker in the kitchen then stuck it into his forehead upside down branding himself with it, like Glen Benton outta Deicide. All through dinner Uncle Dudley sat staring out Nirab trying to freak him out with his mad upside down cross, but that dirty snake Nirab, cold and barren as a nun’s cervix, didn’t take him on at all – making me think it mattered to him neither way the wanton sacrilege of the Gentle Jesus’ Club pin badge.

After dinner Micheesha, Stupid Peter and their kids came in. Micheesha’d told Mother on Christmas Eve Eve that she was on some special diet and that she couldn’t have the usual X-mas fare. But that was all lies, cos she told me, in secret, that Mother’s turkey when she did it it was like plasterboard garnished with sawdust and wrapped in sandpaper going down, which is exactly how I’d described it last year, and was exactly how it were this year. That selfish cunt Nirab went through a jug and a half of water on his.

Over brandy and Christmas pud’ Nirab turned his attentions to Uncle Dudley and beat him in the staring out game. Uncle Dudley began to cry like he does when drunk/emotional and got the better of. Then Nirab nearly choked on the penny in the pudding and everybody laughed, apart from Mother, who beat Nirab’s back rapidly, squealing and trying to get it up…

We retired into Mother’s lounge to get pissed and I asked Micheesha what she’d had for dinner instead.
- We stapped at thuh fuckin Muck’Danalds over utt Connswater!
- Lucky packa cunt’s, - I went. – You have any burgers left in the motor?
- Do I fuck! – Went Micheesha. - Fuckin kids gobbled em up like Hungry Hungry Hippos. Me and Stupid Peter only hod a carton of chips between us! I'm'Ah be starvin, Danny! And so'll Stupid Peter. And he cant hold his liquor at thuh besta times, nevur mine when he's boozin! 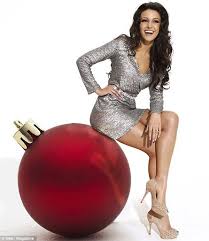 I went outside and got into Stupid Peter’s car and sniffed some empty McDonald’s bags to get my taste buds working again after getting them terraformed by Mother’s dry bird. After that I found one of the children’s Heat Magazines and pulled one out over Tina from Corrie going to some X-mas do all dressed to the 9’s. When I were done I stared into the sky and resolved to get some authentic muff in 2012. Then I went back inside.

In the short time I’d been out Nirab had recruited Stupid Peter into his God cult. I tried to renounce Nirab and his fairy tales and tell Stupid Peter that Christ the Messiah was most likely a prototype EBE*, a forerunner of common man – now broke from the shackles of apeman impulses by being imbued with Space Genes, transforming us into the fast thinking, imaginative and above all compassionate specimens we are today… But Stupid Peter was well gone, all the way along Nirab’s Yellow Brick Road. I give up on him then ruminated on Nirab’s powers of persuasion, his stealth and speed and cunning in getting the simple minded to get on his side. And I also begun to wonder had I found our front man in me and Party Time’s Credit Card Fraud scheme…if so, the first stop was getting to see if he were in any financial dif’s one way or another…Maybe a drab, hopeless Christmas and a ominous New Year were beginning to look up, the fortunes flipping, an inversion of fate, as in like Uncle Dudley’s upside down God’s cross stuck into his noggin.