He'll Take Your Heart And You Must Pay The Price

I never think much about eyes, not much like in the way that our cultural and/or pseudo-psychiatry guardians do anyway with their seeming ability to discern what is being conveyed by the eyes of various folk, - that they can tell from just how the eyes are set etc all and everything about them. 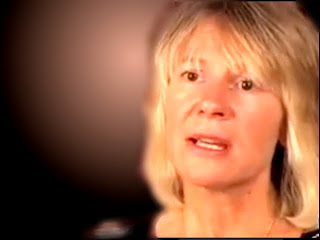 The MK-Ultra victim, for example, will have eyes lost of all life and hope. Devoid of concepts, they are unresponsive to stimuli and nary a blink will they give were, say, a loud explosion to go off nearby. The eyes will show no sign that they're peering into the here and now. Then these paragons of virtue, those who usually hog up Newsnight Review and Loose Women, attribute a history to these people, how their eyes came to be like that, and they invent histories for them, - The MK-Ultra victim, her granddaddy pissing in her face and slapping her about as a child. The Man Who Lost A Wife Too Soon, they say, 'oh yes, of course! You could tell by his eyes that'd happened,' like these TV People don't regard the eyes as seeing organs, more as scrying pools to be gazed into and surmised over as to their phantasmagorical provenance.

Then they talk about a different kind of empty eyes, the empty eyes of the psychopath. This empty wasn't cruelly put there by fate or circumstance. These people have actually eaten their own joy (or whatever it is these TV people say exist in the eyes of The Happy Person). The psychopath has picked away at this enjoyably, like its a massive ball of scab, he has eaten his own humanity – and it is all indicated by 'the eyes'.....TV Pundits Make Me Sick!

But it were eyes today that were on my mind as I have noticed something strange about my left eye in the shape of these fat, thick white floaters. It were that I'd put this strangeness down to ghosts and orbs in the past; that I'd a special power that allowed me to witness dimensions close to this one, that my ken were set like a radio between stations, able to make out both clearly, but one fainter than the other. It was that I even witnessed the dreaded Shadow Beings, creatures composed of shadow that flit round the peripherals of this world. And while I think these are common things witnessed by all who look (properly), the orbs and ghosts I am now believing to think are actually cataracts.

So today I went down to the Cathedral Eye Clinic for an appointment to get to the bottom of things. And it turns out noting is wrong at all that a few eye drops and vitamin pills wouldn't put right. The optician was a right eccentric. He'd this feathery white beard and a big puff of white curly hair that he'd got all tied back. The back of his head looked like a cauliflower, and he jittered about giggling and rubbing his hands together looking like something from out of those Wheel Of Time books, like he should've been wearing chain mail with an axe across his back riding a fuckin Pegasus.

- But Doctor, - I said.
- I'm not a doctor, - he said more haughtily than most would.
- Right, but – why am I getting these things floating round my eye, eh? I think there's something the matter!
- Ha!Haaaa! That reminds me: What'd good ol' Spike Milligan want on his headstone??? That's right: I told you I was sick...That's right! - The oddball's eyes took on a gleam then. I was watching the eyes, watching the eyes, cognisant of the potential wisdom of the TV People. His eyes were full of mirth and good humour if anything. He looked more an more like the type of man who, in his spare time, would sit cross-legged on a barren rock somewhere out in the country, dressed in a toga, spouting platitudes via the medium of haiku, a terror and a wonder to passing hikers.
Then I asked him, - But what can I do about these floating orbs of light? What?!
It was then the mirth and humanity left the eyes, replaced by the dreaded EMPTY...- If you are going to ask me a stupid question you can expect to receive a clever answer! Eh? Eh??
My face dropped. I was suddenly stunned by his switch. The eyes were not empty now, but held a kindling contempt. He impatiently told me to get up and ushered me out to the reception, where the pretty blonde from earlier that'd signed me in had been replaced by a midget lady. The eye drops the oddball had administered at the start of the session to make my pupils dilate were making me squint. My vision was now truly blurred and I couldn't tell if the midget was a midget or if my depth of field were fucked. But then when she dropped her pen under the table she shimmied to the edge of her seat, hang-dropped off, then walked right under there without even stooping. So I stopped squinting as I believed she might think I were somehow mocking her and when she climbed back up in front of me and took my details I stood there my eyes wide open, big as an owl's, nodding and nodding and never blinking. Its all in the eyes, looks given and looks received.....Windows to the soul, though I like to keep my blinds down and my curtains drawn.......
Posted by Danny at 23:13