I See Her Face Everywhere I Go, On The Street, Even At The Picture Show

Today I drove round Belfast looking for Kimba. I was not going to put it off any longer. My search for her would know no bounds. My love for her no limits.

I put this song on the stereo to keep me romantic:

After an hour or two, the lyrics quoted above in the title inspired me to go catch a movie. Five minutes into the trailers I fell asleep. I can’t even remember what the flick was called. 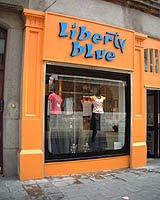 Later I sat and smoked a joint in my car, having parked up in the multi-storey by the Inn’s Shops. After that I went for a dander around. Went in and out of various shops I thought Kimba would go, like Liberty Blue, or Fresh Garbage, which was easy-walking as they were only round the corner from each other. 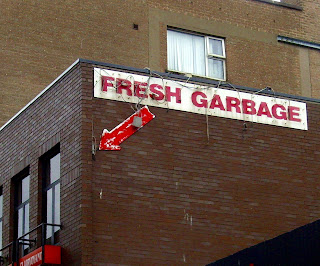 In these places I scowled with true bitterness and hatred right in the direction of Christmas shoppers. I thought, how am I going to get my shopping done? With no money? But then, I thought, the only person I’ve to get for is mother, and she’ll only want a Coronation Street 50 Years commemorative plate, what’ll only cost a few bob off a market stall. This fact, these two facts combined, made me feel very sad.

I ended my search for her in the Primark on Royal Avenue. As well as looking for her I also wanted to check on the price of perfume so I could buy some to give to her for Christmas if she ever did turn up before then.

After a fruitless search I went and stood under the heater at the entrance of the store, right between the automatic doors, letting the rushing comforting blast of warm cover me like a waterfall of treacle. My eyes closed and I momentarily felt myself dissipating in a sea of nirvana. The pangs of acute destitution I felt when I found the perfumes in Primark (trashy budget store), even the cheapest of them, were beyond my budget, seemed to me to have been experienced in a previous lifetime.

However, all good things must come to an end, and what brought me out of this state of bliss was a creeping and noxious attack on the senses from below. That sense being the sense of smell.

For from below crept the smell of the unwashed, or never wiped. Shite-in trousers and terror sweats, the odours of which, along with other, unidentifiable ones, mixed and swirled in the updraft of the heater.

I opened my eyes immediately and looked down. A tramp sat, his legs all rubbery and mangled looking, not two feet away mumbling for change. His face had the texture of dry, cracked turf, his eyes were blue and watery in the cold and he had a bushy poofed out Moses beard. 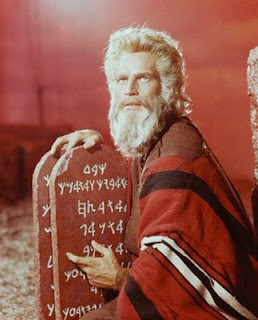 I could feel my lunch rising so I tore my hands, tense with disgust, from my pockets to cover my nose. In the process of doing this, wouldn’t you know it? all my change flies out too and bounces all over the pavement in front of the poor tramp. He didn’t even have to chase it, which was lucky cos his legs were the in the shape of tangly spaghetti and I doubt he would’ve even been capable.
As he watched all this clattering silver and copper jumping and bouncing before him like tiny leaping fish his lovely blue eyes shone and his Moses beard pulsated.

And what was I to do? And the fucking Salvos were across the street as well keeping an eye. One I’m sure was the minister, who was no doubt going to use the what of what I did next for the basis of his sermon on Sunday.

I wished I could’ve done something. Something cool (not something violent, too much of that recently). Converted them all to atheism with the wave of my hand then using telekinesis levitate Moses the Tramp before their very eyes, leaving them rightly confused.

But I didn’t. I did nothing. Just looked at Moses, looked at the Salvo’s. Give a weak finger to who I thought was the Minister (fuck him for suppressing Free Will), and ended up having to walk home as I’d no change now to pay to get the car outta the multi-storey.

On the way back I hoped I’d be hit by a bus and killed and that the news of my accident and how it came to be would get back to the Minister. But that didn’t happen, and I feel more glad for that than not.
Posted by Danny at 02:21