It was a very wet day. The air was wet when I finally emerged onto the street late this afternoon having spent the last 48 hours in hibernation, eating Pot Noodles and snorting a lot of base (but not so much that I seriously depleted my profit margin).

I had also bought two quick little white mice from the nearby pet shop to let Boke the Cat chase round the house.

The little bastard was starving and was so very ruthless in his hungry pursuit of the first mouse. The second, cleverer mouse, went and hid under the big, imposing dark-wood chest of drawers my granny give me and stayed there. But the first mouse? He ran. 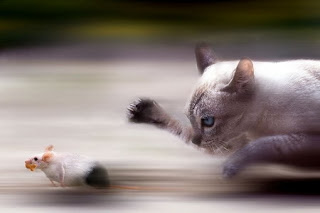 From the kitchen I could hear an almighty clattering calamity occurring, and I reckoned the stupid mouse were crawling across the ceiling, his sharp little claws dug into the paint, him hanging on for dear life. Boke meanwhile leaping and bouncing and leaping off every surface in an effort to get high enough to swat the courageous little thing from his safe perch.

Whatever happened, Boke the Cat proudly, and with not a little weary dignity, returned into the living room carrying the limp dead mouse. With great relish he sat eating it in front of the electric fire and when he was done he licked his lips and rolled all over the floor. I noticed as he came past me, strutting officially like he were in a procession of returning war heroes, the face of the captured mouse had this frozen, petrified look about it. Teeth bared, eyes wide, whiskers arched and stiff. 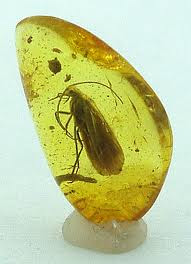 Afterwards Boke boked up some of what he ate. He walked ahead of it a little and started scraping the carpet in a backward motion, flicking his paws backward like he were in his litter tray and he were trying to cover it up. I don’t know why cats do this. All the time, if they’ve had an accident, they always think they’re in their litter tray and try and cover it up. They’re stupid that way. When he turned to look at me, to see if I’d seen what he just did, I saw myself reflected in his eye, his fiery yellow eye, my reflection held there like a prehistoric bug in amber.

I waited till it got dark till I went over to my Sis Micheesha’s house in Sydenham. Round there I could see on the walls the old S.W.T (Sydenham Wine Team) graffiti had reappeared here and there. 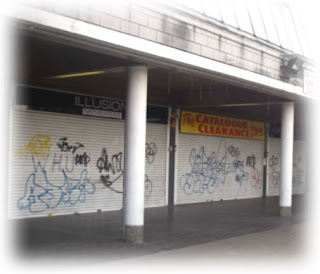 I didn’t know what to make of this. At their height in the 80’s/90’s they were mysterious to me. A punk Freemasonry in my eyes. Turns out they were Glentoran supporters all along, but legend had it they carried revolvers and drank cheap port wine upstairs in the McDonalds in town.

I was still ruminating on this when Micheesha came to the door, standing there barring me from getting in her house.
- I haven’t sold none yet, - she said with balls of dry white spittle collected at the corners of her mouth.
- That’s no fuckin good, Micheesha, - I said.
- I know. But there’s no one – I mean.
- Gimmie it straight you fuckin wapped out, fucked up head melter. You’ve fuckin put half of it up your nose haven’t ye?
- no I haven’t. I swear. I promise you. I’ll have all your dough come Saturday. Promise!
- Micheesha, I’m gonna burn down this house, with you, your kids, your dogs, that fuckin halfwit boyfriend –
- Partner!
- That fuckin’ chip sniffer boyfriend, that fuckin gormless ginger walking cheese puff, I stabbed him he’d probably bleed Fanta, ginger cunt. All you. Dead. Burnt to death.
- I’ve got something I can give you. Probably tide you over?
- Better be money?
- I could tell you where Kimba is...

So she were in this park on the Ormeau Road, with all these other hippy cult looking types, all mental deficients by the looks of it.

Then I saw her. She were playing catch with this totally gorgeous looking bloke. She were wearing some sort of facemask similar to Paul Gascoigne’s when he went to Lazio, which was probably to do with the reconstructive surgery she were getting on her melted off face that I caused when I shoved her headfirst into her granny’s fire.

But that boy she were playing catch with were the bees’ knees. An Adonis. This song I thought I’d play when I got home. Then I nearly cried. But I didn’t. Cos I’m a man.