You Gotta Get Up To Get Down, Baby

As I can’t face having to tell Kimba that she is to be sodomised by a pair Alsatians while she gives birth to our triplet children I have decided to stay away from our dirty little hole as much as possible in an act of foolhardy procrastination.

I landed on Bosco there on Friday night telling him my mother had died after tripping over a sleeping tramp in London and fatally cracking her head on the kerb, so would he mind providing me with a bit of company. In reality what had happened (and what inspired my telling him she were dead so’s to get into his house) is that she somehow severed an artery shaving her ‘unwomanly fuzz’ off and ended up in a psych-ward as they think it was attempted suicide. Luckily when this happened my Down’s Syndrome cousin Donatello was with her in the house installing a pump in her goldfish tank in his capacity as a goldfish tank engineer (something to do with getting everyone a job under the dewy eyed stewardship of ‘Derek’ Cameron) and he heard her squawking and was especially alarmed when, on finding her in the bathroom, the squawking got quieter with each ‘squirt of red blood’ – as Donatello put it – that shot from the slim long slit on her neck. Her cutthroat razor lay on the floor by her spasming hand.

Luckily Donatello knew what to do. He rang an ambulance immediately and give the address and a description of what had happened. And, by a grand feat of serendipity, one of Donatello’s ‘hang-ups’ as his mother (my eternally sketchy Aunt Elvira) calls it, is calling 999 and telling them that someone or other has had a terrible turn and that an ambulance needed to come right away. As Donatello goes among many of the 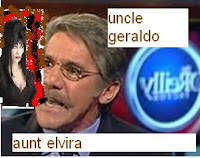 in-laws doing odd jobs for them (in an act of pity, I surmise, as Aunt Elvira married her 1st cousin Geraldo producing Down’s Syndrome Donatello (while others say it was part of a multi generational Satanic sex thing, the reason they married)) he has a knack of memorising many addresses – which he recalls with perfect accuracy when he is on the phone to the emergency services. 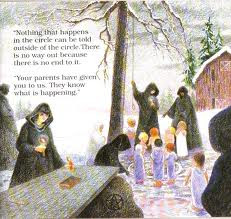 My mother often has asked me if I can recall all my relatives’ addresses. I tell her I can’t and she reasons that, therefore, Donatello could probably beat me in an IQ test. She then usually follows this with, ‘Donatello’s obviously got brains to burn, compared to you Danny Pongo,’ or variations on this.

Sometimes she tells me she thinks my problems go way further than that of a Down’s Syndrome’s. And sometimes I like to think that one day she’ll do herself a terrible injury...just like she did today in fact. Which proves my powers of ‘empowerment visualisation’ (or whatever the hippies are calling it these days) are far greater than her’s.

So I spent a nice weekend with Bosco listening to ‘Acid Jazz’ and smoking pot. I had to pretend I was grieving over my dead mother while all the while wishing I could tell him what was really bothering me, which was: Kimba’s triplets, how we couldn’t pay for them, how in order to pay for them we were going to have to produce a horrible sex film with The Mistress of Kimba giving birth and how the worst of it all was that while she was in labour she would have to be sodomised by a pair of Alsatians while I had to drink some of the menstrual blood that she passed which would be collected in a dog bowl which would be held between her legs as she endured a terribly painful labour due to The Mistress kidnapping her after her waters broke then withholding painkillers while she had to endure the passing of three ‘of the worst type of STD’s you can get’ as the Mistress calls them (babies) in the course of the whole horrible perverse thing all to be recorded and sold to the highest bidder.

So Bosco chose this video screen cap. Bosco, like me, is a massive pornography fan, and therefore has a highly functioning encyclopaedic recall (verging on the electronic) of all (and they are many) the pornographic films that he has watched.

Below is Victoria Beckham posing so insincerely as only she can while receiving a dry frenetic bumming. The story (penned by Bosco) follows tomorrow. 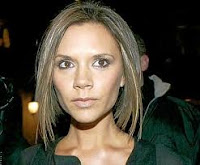 After Bosco told me the story of Victoria Beckham’s descent into high class pornography he put this tune on the turntable: