Lube And Poppers A Must

I came home this morning – entering the house a little sheepishly after noticing the massively pregnant figure of Kimba floating there behind the frosted glass of our front door – standing side on, looking, due to the frosted glass, like a comma spontaneously combusting, rendered by Edvard Munch. 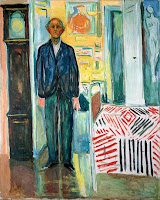 I sat at our rickety kitchen table and slowly moved my eyes over all the phone numbers and tags people had meticulously scraped in with a knife or squeaked on with a felt tip. To break the ice I asked Kimba to make me a bowl of cornflakes.
- Let me smell your dick first, - she said.
- Nah, - I said. – What for?
She got down on all fours and crawled under the table. She got my zip between her teeth and pulled it down.
- Just tryin’ to make it sexy, babe, - she said.
She pulled my dick out and held it in the palm of her hand for a second or two. She breathed in and out in quick succession then smelt my dick.
- You’re dick smells like shit, - she said.
- Dunno how that could be, - I said, trying determinedly to take my mind off things the way terrorists under interrogation used to do in the ‘70s, by focusing on something else in the room – in my case trying to memorise the mobile numbers on the table.
- Who you been sleepin’ with, Danny?
- No one. I’ve been in Bogdan’s these last few days. –

Lube and poppers a must. 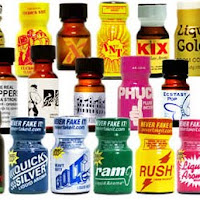 I had thought I’d sprayed myself with Bogdan’s Lynx before I’d left, but obviously it hadn’t done the trick. Kimba popped her head between my legs and looked up at me tearily. I scrambled for an answer to the questions those moist anime eyes of hers screamed out. But, instead, being the jinny I am, I chose escape to being caught out so I told her that she needed to get out from under the table and sit up on a chair to hear what I had to tell her. Which was, the ordeal she was going to have to face at the hands of Mistress.

Add n to x plug me in by atus
Uploaded by astroboy. - Watch the latest news videos.
Posted by Danny at 17:04