Last night, after I got out of the cop shop I came home to write up a post about the dreadful day I’d had. Afterward I took a look through some other, earlier posts and stopping on ‘I *Heart* Jo Wheeler’ to have a wank over the eponymous Sky News weather girl I happened to take a glance at the comments section only to find a new one left by someone claiming to be Jo Wheeler’s husband, intimating to me that he was very annoyed that I had defamed his wife and the mother of his five children (which makes her even hotter somehow imo) and that he was going to contact the proper authorities.

Incidentally in the comment above this one some little scrota had written ‘Seriously guys. This is my best friend’s mum. I am reading this with the up most horror.’

I don’t know where he buys his phonetics, but it ain’t the same place I do.

The post in its entirety, with the comments (relevant ones in bold), below:


Today I met Bogdan for a smoke of weed in the park. He was telling me about how last Saturday night he met this fat girl in the Slimeshite (Limelight) who he took back to his smelly pad to buck. I asked him how fat was fat –
“She was fat as fuck,” he told me. Fat As Fuck. I’m not exaggerating. If I told you she was 27 stone I wouldn’t be far off. She'd an arse like a peninsula.”
“That’s a new one,” I offered.
“Yes. She was enormous. Surface area of about 5 and a half foot. And wouldn’t you know? I went down on her. Her insides were very spacious, I went down to her fanny, and took a look, and it was like staring through a window into a big mansion.”
“My goodness!”
“I started to worry that I should’ve brought distress flares. After finishin’ on her flares are the only way they’d find me again.”

It was my turn to talk about sex then, and I told Bogdan how I was getting fed up of Kimba and all her funny notions about witchcraft and dark side people and light workers. I told about how it takes nearly all night to fuck her with all her weird tantric rituals and warm ups etc. when all I

wanted to do was bust a nut. Plus it meant I missed all my programmes like Coronation Street 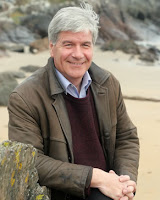 Secretly, because I kept it to myself and didn’t even mention it to Bogdan, my emotional passionlust toward a certain Sky News weather girl has been reignited somehow. Her name is Jo Wheeler. She ticks all my boxes. She is older, around 45 (my cut off point – like the last day you could eat a bit of fruit), and has the sexiest smokiest eyes to ever kindle within a human skull. She is to eyes what Julie London is to vocal chords. Monochrome erotically evaporating perspiration, my girl. And I mean monochrome like a verb........(ignore little gimp if ad comes up)

Then again, on second thoughts, when I wrote a letter to her a couple of years ago, when I was annoyed she’d got a new hairdo (reprinted below)

I would like to ask you: ‘what were you thinking?’ when you asked Stacey/Chanelle the hairdresser to sculpt such an abortion of a haircut upon your skull. I am very angry. Till your beautiful natural auburn hair grows back I would like you to wear a wig. If you do not I will kill your family! Only joking ;). Love ya doll!

the Sky News computer security goons sent me a very terse email back insisting I ‘desist from my correspondence with Jo Wheeler’ or ‘the proper authorities would be notified.’

Bogdan tells me not to give it up with Kimba. He says, “Once you throw it away, away can’t throw it back...” I don’t like Bogdan’s glib philosophy. It too accessible.

Here is the gorgeous Julie London:

That sky news doll is heartless for not getting back to you on that. I'd love to receive a letter like that from an admirer.

BTW stay away from the witchy cult people, they are dangerous as fuck. They'll ask you if you'll let them kill a goat in your house and if the cops come you'll get fucked, not them.
24 November 2009 22:29
Danny said...

yeh, she is. but i better not send any more adoring letters to her or she'll have the cops on me quicker than any divilworshippers!
25 November 2009 00:34
the broken down barman said...

oh no! i'd have to disagree with you there. there's something to be said for the experience of a mature woman - and jo's got that knowing look in her eyes that says 'i know all the tricks in wonderland, boy...so come hither!'
25 November 2009 14:06
Andy Luke said...

Well I suppose its much healthier than breathing in the excitement of a nine year old whose father has just gone to Afghanistan and letting the seductive aspect of this and her christmas list form a pool of saliva on one of your 40/50yr old chins. I can't seem to find the clip from approx 5:30 on the 17th November, but do you know which Sky News anchor I might be referring to?
25 November 2009 21:07
Anonymous said...

As the husband of Jo Wheeler, and the father of our children, this piece is both utterly offensive and outside of any bounds of reasonable decency.

In the absence of any obvious way of contacting the people that manage this site, I would respectfully request that this is removed within the next 48 hours.

Failure to adhere to this request will result in the matter being handed over to people who can trace those responsible as well as the organisations set up specifically to prevent this form of abuse
2 July 2010 16:58
Andy Luke said...

That doesn't really make it a request then, more of a threat. However, as you're taking the time to project an air of civility, would you be able to get a message to Jeremy Thompson for me?

I have to say, I would much rather the man saw it for what it was: a tribute/homage etc, albeit a dirty, initmate one.
Posted by Danny at 17:02