When I Was A Prophet

Sometimes I get a sense about people. Something to do with their mortality.

Sometimes it is the sheen of their skin.

There was a boy I went to primary school with. One day in PE I noticed his hairless shiny legs. It was like he were made out of plastic.

I said to my friend Bob Rose, - I have a prophecy. That boy (can’t remember his name) will die soon of cancer.

At the start of the P6 term a few years later the boy was nowhere to be seen. On that first day back, in morning assembly, we were told by the headmistress that the boy had died during the summer. – Cancer, - she said with a tear.

The boy was a favourite among the teachers. The headmistress, the dotty sneering old cunt, set up a shrine for him in the front hall and kept it up for 6 months. A teachers’ pet. Would’ve turned out to have been a real good-living bread & butter sort of man.

This alone was reason enough to be happy about him dying. But the main reason I was happy about it was because now I could brag to my friend Bob Rose that I really was a prophet. 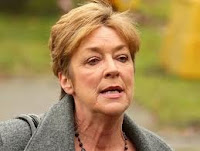 This turned out to have consequences. People laughed at me to begin with. Then when I predicted that Deirdre from Coronation Street would get cancer (judging by all the veins popping out on her C3-PO neck), and then she did, my classmates became ultra worshipful.

Kylie did not have a Deirdre neck at this point, but if she had’ve had like she later did, I would have said that she was for the chopping block as well. And I would’ve been right (nearly). And then I would’ve been a god among them.

As it was, the popular clique, the Ruling Elite of the microcosmic society - the playground - feted me wherever I went. I suppose it amounted to them wanting to garner some of my occult knowledge. And I suppose the reason they waned to do that was to extend their control beyond the playground and into the mean streets.

But things for me always have a habit of derailing when they’re chugging along just right, and derail they did. As the group around me grew, some of the less popular children began to beg and scrape at the feet of the playground oligarchy. Being the elite’s quasi high priest I too was granted no end of favours from these vassals. One hot summer’s day, just lazing away on the grass, I felt a great urge to take a piss. I sat up and took a look around and spotted one of them under a tree picking his nose. So I called him over. He had a great head of curls that swayed as he walked. I got up on my feet and told him to get on his knees in front of me and open his mouth. He did as he was told, robotic like an MK ULTRA slave, and I put my soft dick, aching from the need to go so bad, right in his mouth and took a long slow warm piss.
I told him, - Don’t swallow!

When I got done he stood up and waited to be told what to do. His cheeks were stretched out, fat as a space hopper.
- Right, - I said. - Don’t swallow. Run up to the toilets and spit it out.

The slave ran as fast as he could up the hill to the school. I smiled with satisfaction and lay back down in the grass to think about my prophecies.

What happened when he got into the school my pal Bob Rose told me about round at my house a couple of days later after I’d been expelled.
- He ran in trough the side door and down the hall toward the toilets. And you know the way The Head’s office is just before you get to the toilets? well she came out just as he got up to her door, and by this point, some are telling me, the piss was running out the slave’s nose, and The Head just looks down at him, screams the place down asking him what he thinks he’s doing etcetera, and he spits out about a milk bottle’s worth of piss right at her feet and told her everything.

And so I was expelled and I went to a new school and that was the end of that story.

Kimba, in one of her strops, had exiled me to the bedroom for ‘thinking time’ and I was bored. Bored enough to eat my own shite. Bored enough to reminisce for sure.
Listening to this calming track on my Walkman I began to turn over in my mind the implications of this power of prophecy that manifested in me as a young child in primary school, but the boredom I felt led me down one blind alley after another so I give up on it. 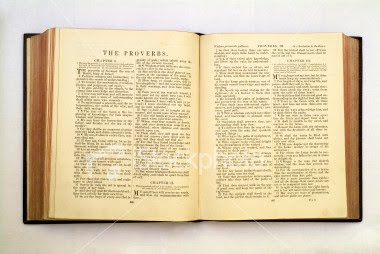