I Saw Your Eyes And You Touched My Mind

This afternoon in the off licence, standing right at the end of a very long queue, I begin to fantasise about murdering the sad looking frazzle haired old lady way up ahead at the till. I would kill her, I thought, by pouring the bottle of gin she were purchasing down her neck. It wouldn’t be hard. She’d have not much strength in her to begin with, being old and a chronic lush. The only resistance I would get, I thought, would be the involuntary body spasms issuing from her in short and decreasingly less powerful bursts as her lungs filled with London Fog.

To take my mind of my morbid fantasies as they were making me queasy I began to think how hard it would be going back home to Kimba. I would have to crawl grovelling back to her. I hadn’t been back in four days and four nights, leaving her as I did in the garden: legs spread and bleeding out all over a Minnie Mouse beach towel. 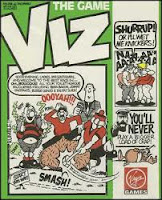 I was getting for her in the off licence 6 blue WKDs. They were her favourite tipple, the blue ones, and those along with a copy of Viz would get the ball rolling on me-making-things-up to her.

I walked up my street then with a jaunty zing in my gait and turned into my house, nearly walking right through the front door like a ghost so as not to disrupt for one second the vigour in my rhythm.

And just like that into the front room I went and who should be on the floor getting bummed by a skinny little spide with a star shaved into his step, but Kimba, light of my life. 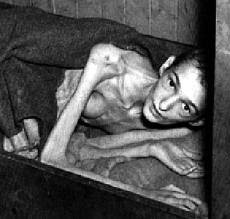 - Who the fuck are you? Asked the Holocaust Spide, hopping from foot to foot.
- I’m Danny Pongo and this is my house and that is my woman you’re sodomising on the floor. Now get out before I cut your throat!
- Or you’ll do wha’? said the Holocaust Spide, the eternal refrain of him and those like him. - I’ll break your fuckin’ jaw, - he said.
- Oh yeah, - I said. - You’re as hard as my granny’s shite. Now fuck off! - I said, karate chopping him right on his little fishbone ribcage.

The little bastard collected up his shop-bought ripped jeans and his Tommy Hilfiger shirt and his gold chain and ran out the house.

I looked at Kimba. On the TV Neighbours was on.
- I s’pose I deserved that, - I said.
- You did, - she said, in post coital lazy purrs.
- Ok then, well why don’t you get up. That songs on. On Neighbours. Angry Anderson. We’ll have a slow dance -
- I fuckin hate that song. Put Flock Of Seagulls on the record player and NO slow dancing!