I Flatter And Am Flattered Too Easily

Then through no rhyme or reason (as is so common in dreams) I am transported to a time in the not so distant future when the Lights Have All Gone Out. I am sitting in my kitchen reading 'Witchcraft and Black Magic' by Montague Summers. 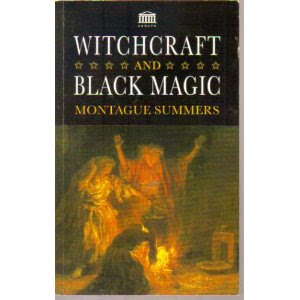 I have a feeling I am going to start some sort of After The Bomb Fell type cult. By me on the floor lies Kimba her stomach hollowed out and filled with water with goldfish swimming about in it. Out the window I can see UFOs, many of them, dart about firing proton torpedoes back and forth engaged in some epic dogfight. One of the UFOs is hit and falls at speed toward my house. The fear and shock defibrillates me awake.

Downstairs I can hear this song playing:

I get up and go downstairs going toward the music which sounds like it is coming from somewhere other than the living room, - which is where I would expect it to come from as that’s where I have my record player.

But it is coming from the kitchen so I go in there and the turntable is sitting on the table, record spinning. A letter is propped up against it. The letter reads:

I am so sad in this relationship. As the song says: Love don’t live here anymore.

You have taken me for granted for the last time and you have betrayed me for the last time. I know you are in a homosexual relationship with one or more of your friends. At the same time I know I have cheapened your love for me by cheating on you, but this is usually in response to your infidelity.

I refuse to reduce and sully myself any longer in reaction to your dishonesty.

I’ll see you around,

I sat and thought on this all afternoon. At some point between Loose Women and Neighbours I went to get my weed, which I keep behind in the breadbin in the kitchen. I reached back there and I took out my little coin bag (the ones you get in the bank, what I get my deals in) and found it empty except for a little post-it note folded in half, which read:

“I have flushed your weed down the toilet. Kimba ”

The remainder of the afternoon then I spent devising ways to get revenge on her. I decided on getting incense sticks, dipping them in glue, then sticking them into Boke the cat’s fortnight old litter tray (sure as fuck I didn’t give a fuck about that cat). I would put them in there, good and deep, twist em round a bit to make sure they got covered in the gritty litter she uses. I would do a dozen incense sticks this way. Then I would put them in a little box and print up a label which read “Nature’s Incense” or something and stick it on the box. Then I would send this little box to Kimba’s Satanic Cultist adoptive parents and attach a note saying it were from her for their anniversary, which I knew were week after next.

Then...out-of-the-blue...I realised I’d grown attached to the peculiar bitch and I couldn’t bear to let her go. And so I sat down to write my own letter begging for her to come back home. Back into my arms where she belonged. But the first steps taken in drafting such a heartfelt appeal were bolstered by the plagiarised lines of others...and so I wrote:

“...and regarding my infidelity I have but only myself to blame, sweetheart. I flatter and am flattered too easily.* But the taxing way of adjusting to all the thoughts that you reveal, only incites me to motion well that’s the crux of your appeal...**"

* Richard Burton in a letter to Liz Taylor. 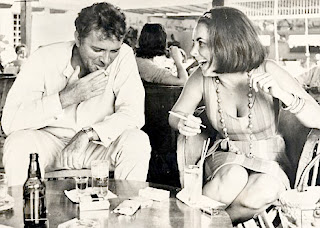