You Can't Just Shoot Your Way Out And Go

I stayed with Bogdan another couple of nights before going home.

On Saturday night he bought for us two grams of coke off my dealer with the frosted tips. In the early hours of Sunday morning, when it was nearly all done, he had degenerated into a horny pig, making no bones of getting his cock out and stroking it affectionately like you would your favoured cat.
- You got the horn then, Bogdan? – I asked after a while of admiring the length of it.
- Yes I do, - he said breathing sharply through his clenched teeth, still high.
- Well I’m not doing the Daisy Chain again. We’ve no lube or poppers anyway. 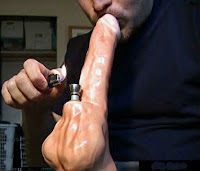 He began to slowly pull one out then, his jaw swinging like an old gate in the breeze. A clear and shiny bead of pre-cum emerged from the japs-eye. He squashed it daintily with his thumb and rubbed it all over his bell end as a sort of improvised lubricant. I had to think quick.
- Bogdan, I know this hooker. Well my uncle knows her. I could get her address off him. Far as I know she’s around 49, not in the best of nick, but she’s missing most of her front teeth, and by all accounts she gives a mean blowjob as a result.
- Makes for a better deal than doin it to myself for the umpteenth time. Unless you wanna wank me off?
- No, - I said. – Let’s go... –

After filtering info out of garble from my drunken uncle I had the hooker’s address (whose name was Izzy Hoyland) in piecemeal dashes and scribbles all over the back of an envelope. Then Bogdan and I went for a run up to where she lived in a big tower block on the outskirts of the “General Belfast Area”.

On the way Bogdan put this number on:

- Not really the sort of thing to get you goin, man? Whyn’t you put on some Rod Stewart? – I said.
- No fuck, - said Bogdan, sniggering. – I put on anything like that I’m gonna blow my load all over the dash, fuck’s sake. That’s how much I got the root now, Danny Pongo.

And so while I waited for Bogdan to ‘blow his load’ into the only proper receptacle for such a bodily expulsion (a hooker’s mouth) I sat in Izzy Hoyland’s front room with her daughter Fat Sandra. 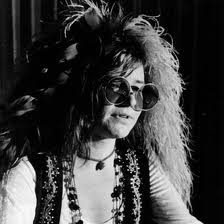 Fat Sandra had very big tits, but I tried to not think of them in a carnal manner as, by her face, she looked around 16 give or take a year. To take my mind off them I focused on the picture of Janis Joplin looking very strung out that they had hanging above the fireplace when I noticed Fat Sandra pull out a bog roll from her bag. She tore off a square and began to nibble at the edges.
- What’re you eatin’ bog roll for?
- I’m on a diet. I eat it instead of food. It fills you.
- Do you shite papier-mâché?
- No.
I took a look around the room. Noticed they had a red bulb in the main light on the ceiling.
- You not got that red bulb on during business hours? – I asked.
- Izzy’s pimp tells her to but she doesn’t. She think a red light attracts ghosts. She’s an impetuous bitch. That’s why she got all her teeth knocked out. Impetuousness.