Vicky's Got Her Story About The Mirror And The Cane A rainy, rainy, rainy day. Never knew so much water could exist in one place as all the water that poured from the heavens this afternoon.

I ran into an old flame today from back when I used to live in a homeless hostel on the Ormeau Road.

She called herself Cuntrash Cloud-Hopper back in them days but now went by her real name of Jemima, now she'd grown up.

Back then the girl was hot to trot, a real cream-yer-cacks merchant, and it was a lucky fella, we all thought, who would slice her first.

The reason for the luckiness of the cunt that popped Jemima's hostel-cherry was that this cunt, like every other cunt in the place, was probably carrying the clap or some other cringey STD. Ergo the first cunt that got to slice her would probably load her with something half deadly or give her a bushful of fucking lice, fucking sex maggots (got em more often than I can count on me fingers and toes) and after that, yer just gonna have to take yer chances when yer bucking her. Maybe put a sock on as a extra strength prophylactic instead of yer usual jube. And what's the point in that, even with a fox like Cuntrash Cloud-Hopper  aka Jemima? May as well wank into yer soup, fuck's sake.

Back then me and Jemima used to move from house to house between favours owed, soft touches and people we knew well who give out. But shit with me and her was always straight up, everything surface level on a platonic scale, and we were all the better for it. She shared secrets with me that 'that cunt', the one who sliced first slices last, that one, secrets that he'd never even have got wind of.

Some of the stuff she revealed were so disgusting I wished often that it were me bucking her and 'that cunt' doing all the listening. But as it was I just listened. I used to like holding her when she started bawling. I closed my eyes and got my way into thinking she were experiencing a full body orgasm in my arms.

Yeh, Jemima were a hotty, a strange and mystic fox who was always second guessing me in intricate games of wits.

I was just so lucky I was going through a stage in my life when I was dining out on an exclusively homosexual basis. Some time not long after meeting Jemima I got myself a room in a house on University Avenue, where I got to turning tricks for oldmen Freemasons to make ends meet.

It all started one morning with my fat landlord and me tottering in the living room screaming blue murder and fighting the bit out over a quibble with the bill. The rotten old Jabba The Cunt, a man who when he spoke sounded like he were in the throes of heavy salivation, stuck his hand down my trackie bottoms and gripped my plums gently. 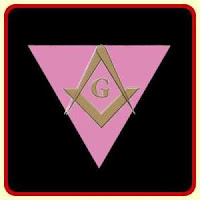 - What you say, Mr Pongo? - He went up in my face his breath smelling like he'd wiped a dogs arse with his tongue.
- I say you let me live here rent free I see what I can do fer you.
- On a regular basis?
- Yeh, bub. On a regular basis.

One fucking nutjob, who claimed to be from the Lodge on the Park Road, opposite Ormeau Park, Lodge No. 641, claimed his lot, The St Helens Masonic Lodge, mutilated babies and dismembered them and threw their ripped off limbs round themselves just like they were the finest (and latest) silk and lace accessories.

He also claimed, while climaxing in my face one cold December afternoon, that some type of seer from fore-mentioned Lodge was responsible (as was Lodge as a whole) for the killing that poor child Brian McDermott.

I had heard, subsequent to that, that it were some pornographer from the Red Hand Commando who ran a sweet shop on the Ravenhill Road killed the boy. But maybe they were one and the same, the seer and the pornographer?

More later, when I make rearrangements in the remembering dept.