Opiate Utopia Is Hotter By The Hour

So I took Party Time up to my Uncle’s to show him what he had to work with in Izzy Hoyland. He wasn’t all that impressed.
Afterward in my motor driving back to mine he said in his foreign accent, - She os fockin ruff, Donny Pongo!
- Don’t worry Party Time, - I said – with that money you got of my laptop we’ll fix her up good as new. Our uncle has told me in her day she was hot stuff. It was when she charging men to plug her did the looks start to fade, -
- It os often thah way, thot wan a beetch starts to sell her snatch* ot os not long till she stort tornin’ into a hard-leg**.
After he explained that to me I said, - That’s right, Party Time. But maybe Izzy Hoyland’s time has come round again, maybe its time we took her outta retirement to spread her flaps once more, -
- Hoah Hoah Hoah Hoah Hoah, - went Party Time, the noise of his big laugh tumbling from his head like rocks down a mountainside.

Back at mine we put on some music (which I won’t be posting as I still don’t know if previous Youtube embeddings caused said videos to be deleted from there [look at last entry]) and had a dance to it. It was Scissor Sisters – Invisible Light…

After we fed ourself with scraps from last night’s stew me and Party Time went out with his air rifle into the back yard to shoot little birds out of Mrs Mulberry’s lovely big Ficus Tree to feed to Boke the Cat. We got three little birds, dead there in the yard, lovely and still and peaceful with clean dark holes

shot right through their colourful fat little cute feathery chests – all clean kills with no pain – a tribute to Party Time’s marksmanship and uncruel way (with animals anyway). We took them back in and I put them in my blender with a few vitamin tablets and got them all mooshied up while Boke curled and rubbed around my leg, his purrs sounding like a revving muscle car in slo-mo.

Later we took a run up to Sydenham to my sis Micheesha’s house. Since last time we have made up me and her and I have apologised for selling her kids X-mas presents and she has give me the money she owes for the base I sold her.

Micheesha was having a party and some of her unsavoury ‘bitches’ were there. But I ended up having a good night, getting a laugh telling them about when I was a kid 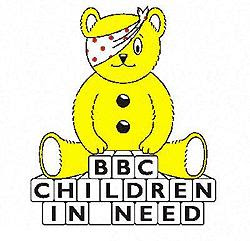 mocking up Children In Need forms and going out of the neighbourhood to get unsuspecting grannies who didn’t know me to sponsor me for a tenner telling them it was going toward paying for the defence fund of a 6yr old girl from Africa up in court for being a witch and facing the death penalty. When I told some of Micheesha’s bitches about all the coin I made this one, dumb as a toaster, figured I’d still be a money bags.