I’ve had a month of it. To go into it, the real nitty-gritty, would be too a traumatic thing for me – to draw it all out like I usually do with that verbose purple prose may bring a hallucinatory bent to my remembering of the incidents below – and that, having smoked a joint too, I don’t think I could handle. 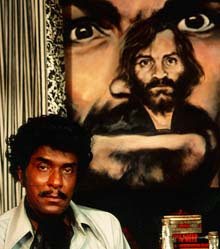 that my cousin Party Time is in town. Party Time has arrived from lands afar – a clucker, heavy meth smoker, Party Time’s what he calls himself – no wracking my brains for an alias this time --- He’s called after a hustler in Iceberg Slim’s autobiography, Pimp. He tells me he read it in school and it didn’t so much inspire as convince. Convince him off his natural abilities to pursue a colder, eviler path through life.
- So he’s been kipping on my floor the last 3 weeks. The first week, half of it, he told me I’d to give him my bed! I am 5 foot 4. He nearly six and a half. He 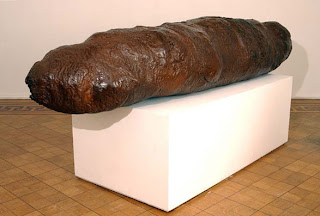 gets in and plunks his bags down and this is the first thing he says: Give me your bed…looming over me like a tree – so I did…and the cunt never rose for 3 and a half days. The fourth day he got up to take a big shite and I stuck a nailboard under the duvet sheet. I hid behind the door and he comes lankily dawdling back, flops down, and while there’s still a millimetre of air between him and my trap – like he has almost pre-cog’d it – his body jack-knifes, spins, lands on the edge of the bed, wounding slightly, and he rolls off.
- He chased me and I ran into the toilet and locked the door behind me. I stayed in there for 4 and a half hours until he kicked the door in. He bounded over like Lou Ferringo, grabbed me by the belt buckle and the scruff of the neck, turned me upside down, and shook me like people empty bins. Then he banged my head a couple of time off the floor, like he was trying to put a hole in it, then took his hands away and left me there, freestanding on my head, then I tilted and fell on my arse and I sat up and couldn’t speak.
- This lasted an hour. Since then I have been getting a numb leg, intermittently. I have been on the phone to mother about this. She tells me that she knew a man got a knock on the head once and got cancer in his leg after. She reminds me of aunt Gildae who bit her tongue then got cancer in her vocal cords and had to speak through that “robot box” ever since.
- Possibly related or not to Party Time’s arrival I have been needing to piss a lot and have been getting dizzy spells. I have been drinking a lot of coffee lately to stay on my wits against Party Time so maybe this is the reason why, but I have got it into my head that I have diabetes.
- Then Party Time stole my laptop and sold it at the Cash Converters in town. 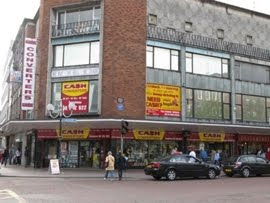 He told me after he wanted to use the money he got to buy components to make up a meth lab in my place. So next time he went out to get smokes I locked him out. He came back a couple of days later with a broken nose and I took pity on him and let him back in with the proviso he follows my rules: That he goes out and makes some coin; that how he’s going to do this is he employs his bad nature and goes and turns out our Uncle’s hooker pal Izzy Hoyland. I ask him if he’s still the money he got off the laptop and he says most of it. I tell him he’ll have to use it to overhaul her as she’s missing two front teeth. He agrees. I get him to agree that with the first bit of coin he makes he can buy me a new laptop. Then it dawns on me he can run his operation out of here and I can charge him rent. I then get starry ideas about setting up sex stings with DUP politicians, with little cameras behind two-way mirrors. My mind then murks on child-sex stings, like in Kincora, and the political-sway potential it would hold – I think: Danny Pongo – Political Blackmailer – but pull back…and know, in this backwater, a prostitute sting would be enough. 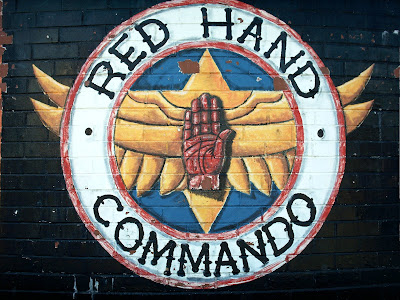 and far between. If he sees I’m writing about our operation he may just upend me in some wet cement and keep it that way. His strength is too great for Danny Pongo, and his wisdom too kaleidoscopic.

PS I have been going to earlier posts to listen to the music there, and some videos don’t appear, instead saying – Third Party User Violation. Video Terminated – or words to that effect. So I am wondering: am I the third party who has used the video causing it to be terminated? If so I’m not going to risk posting any more videos, which is why there is not one today.
Posted by Danny at 03:21