Love Me Or Leave Me Baby, Either One You Wanna Do... 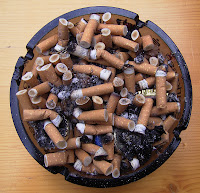 I woke up this morning my face stuck in my cornucopias dusty ashtray, a gubful of spent fag butts and red weepy eyes, lids pebbledashed with debris and a mascara of nicotine smudging my lovely big shiny cheeks.

I made a cup of coffee in the kitchen and drank it red hot while watching the mongrel out the back taking a slow and determined trembly shite on the vivid-green springtime grass and I thought to myself, ‘this is the springtime of my dollar and cent,’ meaning, in my hallucinatory and philosophical bent of the morning, that my fortunes would be collapsing around my ears.
Party Time has been AWOL for a week. We parted on contentious terms when I suggested he wasn’t cut out for the pimping game and him retorting that he was more than. Then he kidnapped Kimba.
We kept her prisoner for a couple of days until she escaped, nude, out the bathroom window. Mrs Mulberry was out stroking her cat and nearly dropped dead of a heart attack when she saw her naked person emerge onto the street to run in circles screaming her head off and acting the loon.
- They tried to brainwash me/brainwash me. They tried to brainwash me like before, - she went hysterically, attracting people out of their houses with her shrieks of insanity. I assume she were having some sort of LSD flashback to when her elderly child sacrificing witchy foster parents took her ‘over the rainbow’ .

I stood spying on proceedings from my front room upstairs. Party Time stood at the front door, his muscular arms folded machoesque across his big barrel chest. Even from upstairs I could sense the crackling in the air, his fly mind processing imminent aversion tactics. 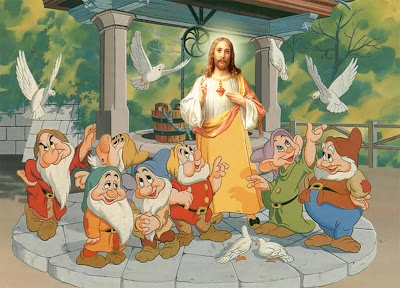 Kimba eventually tired herself out and fell half fucked across the bonnet of a car, buck naked and flaked out. Then some roly-poly Sunday morning church-goer from across the street comes the Good Samaritan and goes up to her real slow with a blanket held out at arms length like he’s an adventurous animal hunter approaching a dangerous armadillo, and this blanket of his was some ugly fluffy polyester thing with a classic picture of Gentle Jesus on it surrounded by Disney characters. At this point Party Time moved from pondering to action and went up to the Nice Man. 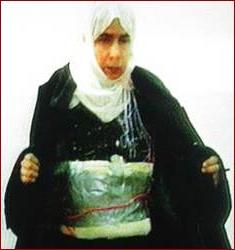 - Yo! Hampty Dampty! - He went. The Nice Man flinched startled and looked round. Party Time went, - Yo most ceaze and dahsist! Thas skinnie arse on tha caar as a danger crominal! She hos swollowd a danger soicide bumb, she as an agont of ALLAH!!! - Screamed Party Time resembling The Predator, the epic noise of his screaming naming of The Prophet making the birds take flight from the trees and fawns in Indo China look up suddenly from their lakeside supping - no doubt.
Informed of this information the Nice Man turned on his heels and took flight back into his nice little Hansel and Gretel house, screaming to some unseen occupant, probably his equally roly-poly red cheeked wife, to call the minister. Party Time scooped Kimba up and put her over his shoulder. He came back in the house, took my keys of the hall table, then put her in the back seat of my motor. He sped of with a customary wheelspin, and I haven’t seen hide nor hair of the pair since…!