I'm So Proud Of Being A Whore, Lay Me Down And Turn Me Out And Gimmie Some More

This morning I rose from my bed with a heart full of jubilation and a sure sense of self possession.

This song was in my head, so I put one of her’s on the turntable: big gobbed, ferocious faced Ms Bassey.

After I took a walk out up the hill to see my uncle.

On the way I met Mad Otis who was walking along whistling a tune.
- Alright Mad Otis. You settled into your new place ok?
- Aye. ‘Part from the fuckin head spastic up above me everything’s fuckin spat on.
- Oh yeh? Who’s the character above you?
- Some fuckin mongo. They all call him Bozo over there. I’ll hear him all the time pacing back and forth above me arguing with himself. Or singin Abba tracks. I saw him the other day at the shaps and I went over to him and said, “here would you keep it down. I can hear every word. You’re makin a fuckin racket.” ...and, here, Danny Pongo, he told me to fuck off!
- Oh my god, Mad Otis. Did he have a death wish or something?
- He was lucky this time. I told him if he fuckin slabbered again I’d tear his fuckin ribcage out and keep him prisoner in it.
- Good for you.
- I’ll stick my fuckin dick down his throat. See if he’s slabberin then.
The thought of this made me alternatively laugh and gag. I walked away from Mad Otis with my hand up to his face like celebrities do with the paps.
- Good bye, Mad Otis. Goodbye, - I spluttered.

The toothless hooker Izzy Hoyland was with my uncle when I arrived at his. He give her some money and she slinked away toward the lifts. I asked her how Fat Sandra was but she ignored me. 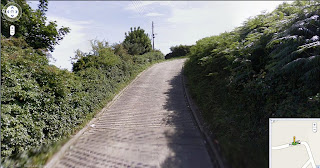 I only got sitting down then on his nice soft sofa when he asked me if I wanted to go out for a spin. An hour later we found ourselves spluttering up the Rocky Road (a very steep road, the steepest in Europe I heard) perilously close, in his rickety old rust bucket car, to stalling completely and rolling backward down onto the carriageway that’s full of zooming cars and lorries.

Halfway up the hill uncle reached behind him and took some electrical cord from the back seat. He put his arm out the window with it, let it loose, let it all hang out, all five and a half foot of it, and began to whip the bonnet of the car going: “Yah! Yah!” like he were in Ben Hur or was an old Victorian chariot driver trying to get his horses to go faster. 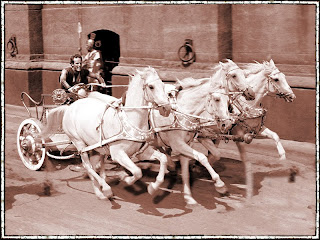 But we got up and into the Knockbracken Hills and had a zoom around, and when we drove back into the Fourwinds he let it go coming down a hill and his rusty old shit heap car began to shudder under the force of the velocity and I thought it was going to come apart, bits of it breaking off and flying away like a spaceship re-entering the atmosphere. But we survived.

On the way back to his I spotted Izzy Hoyland walking along nursing her balled up fists. Uncle swung over and asked her if she wanted a lift. She did.
I noticed her knuckles were bleeding. – What happened to you? - I asked her.
- Punter started gettin rough. So I fuckin whacked him. He went over, blood pissin from his face before he hit the floor.
- Good for you, I said.
- Good for you, said my uncle. - And you’re just lucky he didn’t whack you one back. You haven’t that many more teeth left to get knocked out.
I looked back then at Izzy Hoyland and she grinned a big dumb wide one and her brown tongue poked out the big hole between the teeth she had left.