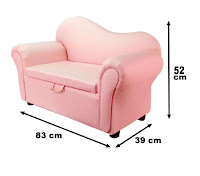 I am still marooned on my ma's Lipstick Pink PVC sofa with my foot in plaster. Earlier I though I was getting deep vein thrombosis in my calf muscle. That head-the-ball nurse with all the flappy handed excitement-at-nothing has wrapped the plaster too tight. I’d to hop over to mother’s toolbox, which she keeps under the sink, to get a good heavy pair of scissors out and split the fucker up the back, freeing my fat calf, which burst forth like the multiple collapsible backs of an obese woman being unzipped from a cat suit.

After giving myself a good scratch – one of those ones you start at one end of your leg and chase it up yourself to your head – I rummaged around in the toolbox to see what she had in there (I was looking for glue) and found a tiny spiral notepad with the words ‘MY ENEMIES’ printed on it in the A-Team font.

Inside were the names of people I knew and people I didn’t. Also included in the list where groups and abstract things. The Holy Ghost was one. The Government another. Lee Marvin and The Directors of the Films of Lee Marvin made for a perturbing entry.

I took the book back to my perch on the Lipstick Pink sofa and flicked through it. I was surprised by some of the entries. There was one, this harmless twisty faced old cripple, who you see most days walking up and down the main road on this high tech chrome Zimmer frame. Its like its spring loaded. Beside his name, which is Steeky McGrath, she has written the reason for why he is her enemy.

‘A few years back’ she writes, ‘I was meant to meet McGrath in the car park of the local Crazy Prices to buy some weed of him. He turned up half-an-hour late and when he did he threw the bag of weed at my feet and spat on it. --- How To Get Him Back (in red): I don’t think he’s really crippled. I am going to follow him some afternoon. I bet he is moonlighting as a window cleaner. I will tell the brew and he’ll be done.’

I ruminated on this for a bit. I remembered seeing McGrath around the place where ma lived. I remembered him always jerking about and spasming. One time I saw both his arms shoot out either side of him and his shoulders go. He looked like a spastic doing the robot. A little bit like this: 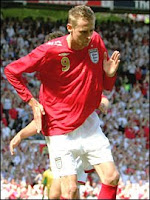 A number of years ago he was charged with manslaughter and criminal damage to a petrol station. He was walking past the garage smoking a fag and the hand that held the fag shot out and he tossed the fag right at the feet of a local blowhard Orangeman who was filling his car up. The petrol ignited, blew up the tank, the car, and blew the blowhard Orangeman to bits.

He was found not guilty, but not before ma took the stand pretending to be a witness to the whole thing, saying she witnessed Steeky McGrath standing aiming the fag at the blowhard Orangeman like a dart player does just before he’s about to throw his dart.

But the judge didn’t believe her, the court psychiatrist thought she was a fantasist, and as she were the key witness they threw it out of court, and McGrath was let off on diminished responsibility due to his being a spastic.

Here is how I’ve been feeling today (1st song – When The Chips Are Down by Paul Siebel. Who's better than Bob Dylan imo):