Yesterday At The Hospital

Another thing that happened was the other day while standing outside the RVH waiting for a taxi to come and get me a man approaches from behind with the quietude of a ninja’s ghost and whispers in my ear: “Do you ever wonder about Jesus, son?”
Yes, I answered in a beat. He is the first prophet I call upon when afflicted by sudden pain or great surprise.
Well that’s a starts son. That’s a start.

He left as mysteriously as he appeared by waving off into an empty car park at absolutely no one then he wandered off in a very particular direction. Then I saw the slitty-eyed weasel face of the nurse that re-did my cast who I’ll have to talk about now.

I make my way along the long hall toward the fractures clinic which is far off in the distance the green neon sign with accompanying arrow a mere blip. My arms are sore swinging along on my crutches and taking all my weight, my arms so flabby, mottled and muscle-less. Halfway there I decide to go back and request a wheelchair. I cannot feel myself any longer. It is something beyond numbness and more like simple bodily dissociation. 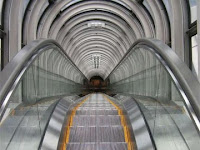 I make it back to the reception going down a steep escalator in the meantime precariously swaying on my crutches at the top till a woman behind tutted and I took the leap and pendulum-ed the inch or two onto the flat metal stair of the escalator emerging from under the floor with a uniformity and predictability reminiscent of that seen in a biscuit factory.

I ask the receptionist then when I get there if I can have a wheelchair. No – she says. No? I answer. No, they are all gone; they’re primarily for the elderly.

I am not one for arguments – unless I am drunk - and so I sheepishly backed away from the reception and returned back the way I came and realised after one of those knee-jerk calculations you make when it sinks in you’ve been fucked that this journey would now be twice the distance than it would’ve been had I just persevered and kept on going. Bane of my fucking existence: lack of preservation. 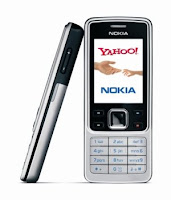 So I arrived, sat in the waiting room playing a game on my mobile I never even knew was there, and wasn’t very good after all which might explain why Nokia didn’t have it front and centre in their smorgasbord of features.

After a brief consultation with a young Sri Lankin consultant (who concluded my injury was the strangest he’d ever seen as the fracture was in the shape of a spider’s web) I was escorted by a frumpy severe faced nurse (nurses in my experience are never sexy like you imagine they’ll be when the prospect of going to the hospital occurs) into a large room with curtained off booths round the outside. The noises of saws going were many. I took a look around as I swung through there. Many men with plastered up limbs, I started to superimpose the idea of a droids’ workshop over my imagination as I daydreamed.

Waiting not so long in my own curtained off booth the weasel-faced nurse arrives. He is one of those ones I don’t like. Full to the brim with life and high spirits. Actually over the brim so that these same life and high spirits rudely spill over onto other people making them uncomfortable. He is like this not in a pleasant way. Not in a way that is consistently witty or entertaining. He sparks with an aggressiveness thinly veiled by a pointed and tangy affability. He strokes a student nurse’s arm, who’s just new and on the floor on her first day. I see her look away sadly and irked too. He comes to the end of the stretcher and I notice he’s wearing a Pudsey Bear badge. I wonder at this. A Pudsey Bear badge. What sort of person adorns themselves with a Pudsey Bear Children In Need badge all year round? I think it said something like “Pudsey’s Pal” on it. That’s even more sad/creepy/tragic than the old dolls that keep an X-mas tree up all year. 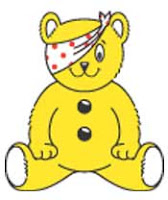 He calms himself enough to remember what he is doing and takes one of the saws out from under the stretcher. I tell him: I hope you’re not all jittery when you take that saw to me.
He makes a noise like a child in the throes of a Disney sanctioned burst of excitement and in minutes he has deftly with grace removed my plaster.

So he slightly redeemed himself a little in my eyes in this hot moment that wasn’t – and then I don’t know maybe he didn’t like that I didn’t respond to his ‘madness’ but he give me the dirtiest look outside after that mad old preacher disappeared.
Posted by Danny at 02:49