Slightly All The Time 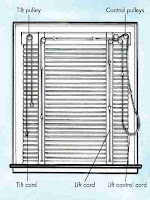 I have finally decided today to put up some curtains, as the Venetian Blinds that I have up now have become encrusted with mould over the three years I’ve been living here. Cigarette smoke, ripe BO usually allowed to cultivate over a five day soap & water free period, generally, - this funky swirling miasma of filthy air and debris that circulates continually in this little little bell jar home of mine has to be met head on, and so I am doing a gradual clearout and environmental detox – starting with the first step, the replacement of the Venetian blinds with curtains.

So I decided to go downstairs to ask Mad Otis his advice.

He opened the door wide and motioned for me to come in by cocking his head in a backward direction, like he’d got a quick whiff of shite and recoiled instinctively. He doesn’t usually do this, either open his door more than a peep, and only once has he asked me in. I will do most things Otis tells me, including going into his house with him on a slow afternoon when there is no one about......and no witnesses (therefore good for his psychopathic self). 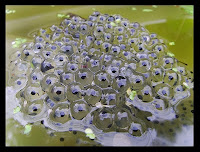 He brought me into his kitchen and walked to the window above his sink (where there was frog spawn) and looked out at a pregnant Rottweiler. He said, “Danny, I’ve been feeling quite philosophical this last week or so. It’s like, most people wanna see the Northern Lights or a UFO, at this juncture in MY life though, all I want to see is a dog have a miscarriage.

When I told him I was not only witness to my own dog having a miscarriage, but was also privy to a story involving ANOTHER dog miscarriage – which I told him: My old French teacher lost his marbles and moved into his father’s chicken factory when he witnessed said father and his son being wiped out by an Iceland truck – a terrible tragedy also witnessed by the pregnant family dog which lay down and had a miscarriage on teacher’s well kept frosty December lawn a week or so before X-mas. 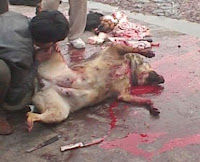 Mad Otis was most impressed with my retelling of this story. He was wide eyed but there was something of a personal incredulity moving behind his eyes as perhaps a way to keep his berserk imagination in check.

So I stood with him a while and looked out at the massively pregnant Rottweiler waddling around in the courtyard out the back and I forgot about asking him advice on curtains and instead concentrated on pinpointing the exact time when it would good to leave (while having 'Slightly All The Time' in my head for some reason).