Me and Kimba got reacquainted with each other yesterday afternoon and came to realise the mutual benefit of each others’ company: Her’s was reminding me she takes it up the shitter as long as poppers and KY Jelly are on hand, and mine was giving her a place to say and ears to take in her whacky shit.

So buying this logic (she’s a rudimentary grasp of human biology at even the basic levels) she saw no rush to get to the chemist for the morning after pill, and so we proceeded to take a slow breakfast of scrambled eggs and toast with some tomato juice providing refreshments.

Afterward she brought me into the bedroom and took from under the bed a small marble box. She brought it to me and opened it. Inside was a miniature wooden bird lying on its back with its eyes painted milky white and carved in bits in its side to represent its wings all tucked in (radius of a 5p piece).... to look like it were dead.

What is it? I asked her.

What sort? I queried.

I don’t know the name of it, but it’s the beginning of a very vicious hex.

God Save Ireland! I attempted.

The Mistress got the same sort of hex years ago. A girlfriend left her after years of mental abuse, leaving behind a similar little marble box telling her not to open it. But The Mistress, being her, did. A matter of hours later birds started flying head first into the side of the house. It went on for hours. Afterward Mistress went out and collected up 58 of them.

That seems freaky, but doesn’t seem like much of a hex.

That was only the beginning – she got cancer of the ovaries afterward and had to have them removed.

And after that, nothing. Her run of bad luck finished. But there was loads of awful things in between too, like.

Well so she can’t have kids, I logic-ed. If this witch woman knew anything about her it’d be that The Mistress isn’t exactly the mothering type. She may as well have made it so’s every baby carrier ever manufactured wouldn’t fit her, such is the impact it would have on her womb-barren life....

....Well anyway, I don’t think you want birds flying into the side of your house. By the sounds of Mad Otis he might want to use their bodies as bait for that pregnant Rottweiler outside, so’s he can capture it.

I reasoned that this was fair and that were Otis to ever catch that pregnant Rottweiler and do her harm it might cause terrible trouble which may in a roundabout way impact on me.

So I told her we should go and have a lie down and a think about how we’ll stop this hex becoming real. 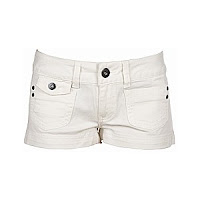 It took her a good 5-10 minutes (probably 7) till she were still again, and with a cinematic coincidence the song ended then too.