With Furnaces Burning 24hrs A Day...

...like beacons of death stretching far into the horizon.

How about this at the end of the street – 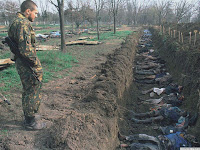 Or inflatable morgues set up in playgrounds like morbid bouncy castles. 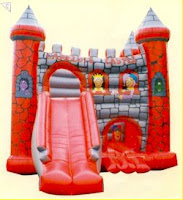 The government has drawn up contingency plans to deal with mass death in the result of the predicted second wave of swine flu in the autumn. The document, compiled by government and council leaders include the following measures in dealing with the influx of corpses:

But before you go taking measures to prevent from being one of the number rolled on a cold slab and rush out the door for your shot remember these inconvenient truths re the swine flu vaccine. It will not go through clinical tests before it is administered. Many sites are saying this, but I’m not sure. I’ve heard from other sources news to the contrary. One thing that is a fact is that it will be brimming with adjuvants used to spur on the strength of the vaccine ingredients one of which is the deadly squalene, one of the most dangerous forms of adjuvants which causes the immune system to attack it wherever it finds it, including when it occurs naturally in the nervous system which can lead to severe nerve damage resulting in Guillain-Barre syndrome, which can be fatal and killed more people in the 70’s US outbreak than swine flu did itself. When you think of this toxic punch and add to the mix squalene assisted sooped-up ingredients including a material poison, salmonella, or typhoid fever toxin, you would sooner drink a bleach laced highball than let the GP poke you with their death bringer needle. Vaccine researcher Patrick Jordon reports that the vaccine will come in three injections:

Chances are it mightn’t be up to you whether you take the vaccine or not. The World Health Organisation have officially recommended it be mandatory to take the shot and those sitting on the WHO board, including representatives from GlaxoSmithKline and Baxter (who, as manufacturers of the vaccine, are going to be minted after the rollout), also recommend that European governments set aside their authority and let an interim special council under the WHO and the EU take over. Greece and Switzerland have already announced they are to have mandatory vaccines to be enforced by the military while the US says its military is prepared for ‘assisted’ military enforcement.

It looks like the walls are closing in, but if you can elude the pharmaceutical brownshirts then all most good nutritionalists recommend is Vitamin D. The Public Health Agency of Canada says that Vitamin D shores up the system against flu by:

“neutralizing activity against a variety of infectious agents.”

So there you have it. Unless you want to be heaped on the pyre get out in the sunshine* with your rod and catch yourself a nice big salmon*.