Went to see my sister this afternoon up in Sydenham to sell her some pot. There’s a drought up her way, she told me on the phone last night, so I told her I’d sort her out no problem. The boyfriend was there when I arrived and was just headin off. Fuckin hell he’s a cunt. Real sneery gub on him. 6 months into them going out I made an unannounced visit on her. It was Halloween and she was in the kitchen fixing up the kids costumes for them. She’d a big black eye and I asked her what’d happened. She told me it was makeup from the funny faces she’d done on the kids. It would’ve been obvious to anyone that her eye was all swole up. So I pressed her eyebrow and she flinched. Then she started getting creative. She told me she were hammering a lambeg drum he’d brought in and had hit herself up the face with one of the m 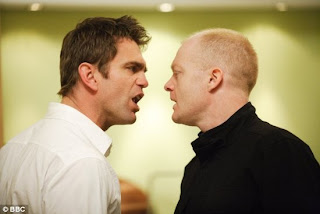 alaccas. But he’s from the Falls, I reminded her.

To be fair I haven’t see her in that state since. And she is a mouthy wee bitch, my sister. Not that that’s an excuse. But he is a hateful lookin cunt, though. A big ginger fucker. He’s like a big walking Wotsit. He’s got that big nasty ginger gormless thing happening. He’s a bit like Max Branning in that respect. If I find he’s hurt my sister again I’m gonna stab him, but I think all he’d bleed is Fanta. Ginger, marmalade bollocked cuntrag!

In other news, FUCK OBAMA! I see, here, that the great galloping messiah has given all the big pharmaceutical companies legal immunity from prosecution if their formaldehyde/birdshit/mercury laced vaccines cause side effects including schizo’ like turns and various cancers. Some of the side effects for the young will make autism lo 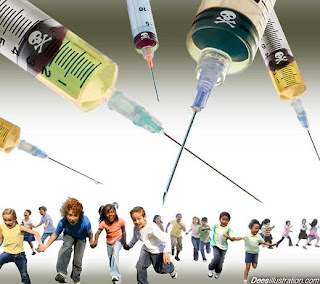 ok like a mid-afternoon supermarket tantrum. This article reckons that some Friday, soon, Friday being his bad news ‘dump’ he’ll declare that vaccination against swine flu should be mandatory. So yeah --- CHANGE, Obama, you cunt – change sides, change the mob, change the rhythm and delivery, change the eye line and change the sou 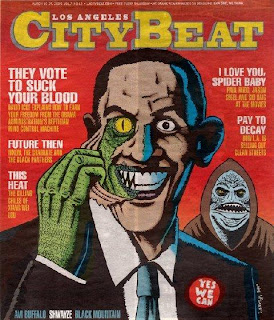 ndtrack, but you’re still spouting that oligarchal mantra of soft fluffed happy subjugation from the Senate to Sudan, bitch! To quote a line:

Also, Shirkers from P.E beware! Now in the UK, London in particular, people putting up anti-2012 Olympic posters in their homes may be subject to raids (ON THEIR PRIVATE PROPERTY) by the filth! Jesus Christ; I’m so mad I could shit a wasp!
Time for something calming I think:
Posted by Danny at 01:41