Went and visited my mother on Friday. Was watching channel 200 on Sky TV last night, and decided to stay the rest of the weekend after watching this programme called Zeitgeist on it. I haven’t switched over since, apart from to watch Big Brother. It was far out and very frightening. Did you know, that in the USA, the FEMA (Federal Emergency Management Agency) have concentration camps sitting in the Arizona Desert, empty, waiting to be filled by the American citizenry? They do. The programme alerted its viewers to the destructive nature and means the real power players behind the scenes possess. It also offered solutions to the impending tyranny of the New World Order. Resource based economy, free energy, ‘true’ education. John Lennon was an advocate of the whole resource based economy – as was Bill Hicks, apparently.

As I said I switched over to Big Brother later on. My mother likes to watch it too and got a big box of Malteasers out from under the stairs and put them on the sofa between us. Out in the smoking area Sofia was arguing with Safia. Lisa sat to the side pulling listlessly on her fag.
“Look at the state of him,” ma said. “What’s his name?”
I stifled a titter and said the first name that came into my head. “Ian.”
“He’s a sight,” she said.
“He used to be a she,” I told her.
“Did he?” she said. “You wouldn’t know it.” 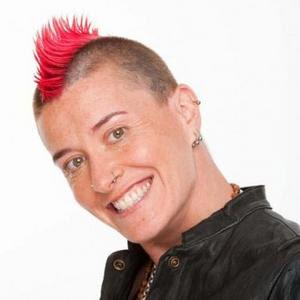 They’re a funny bunch this year. One who’s caught my attention is Marcus, the saddo walking Wolverine tribute. I had a funny notion the other day, imagining him getting in a to do with one of the other housemates and selotaping butter knives to the back of his hand.

Halfwit’s a dozy wee scroat. An anarchist living on a big estate in the country. HIs doziness is good craic though.

Then there’s the others. A bunch so over reliant on their ‘zany’ half-baked personas in disguising the various aspects of their overt personality disorders, that I think their software chip is going to malfunction. There’s one Russian, Angel who sucks raw eggs out through a little hole she’s made in the shell. I am still hoping to see a murder on Big Brother. A gruesome sexual one involving Marcus with his butter knife Wolverine claws and Halfwit and that creepy Indian one. Not the guru looking one, the other one. It would take place in the bathroom and would result from Halfwit, the Indian and Wolverine Marcus having a towel fight. It would get out of hand with Halfwit getting Marcus in the eye with his towel. Marcus would slap them both about a bit then tie their hands together with the towels and put them in the shower. He would then go to the kitchen and get his butter knife claws and selotape them to the backs of his hands only he’d attach them really loosely so they were all floppy and he could flick them forward and give the illusion of his claws bursting from his knuckles like the real Wolverine.

After he’s done this he barricades himself in the bathroom and slowly and laboriously murders Halfwit and the Indian over a period of weeks using his butter knife claws to decapitate the pair.

The rest of the house not being able to get into the bathroom have to resort to pishing and shitting in the pool. It leaves the pool a humming festering faeces pit and causes a fatal slow spreading disease to infect all the housemates one by one. But the cameras keep rolling as the housemates succumb to a faeces based disease virus, which totally depletes their already small reserves of dignity and leaves them wallowing in pools of their own liquefying vital organs which are running out their holes. When the whole debacle comes to an end Marcus is informed by the hateful android McCall that as he is the only survivor he has one by default. He jumps about like an eejit, momentarily dropping his brooding Wolverine shtick, before returning to form and jogging through the house to get his stuff. But on the way through the living room he slips on a pool of diarrhoea and breaks his neck. As no one is the winner then 9/10ths of the prize money goes to Children In Need to supply African Villages with DU (Depleted Uranium) coated water pails. The rest of the dough is used to pay for McCall’s software upgrade, which allows her two more facial expressions. Next year will see her doing ‘pensive’ and ‘exasperated’.

I put this alternate reality to mother. She wasn’t impressed. Then we put on Suspiria. It scared the shit out of me. Here’s the trailer.