One day after a particularly tough rollicking from his latest wife Bruno Brookes decides that in his constant struggle for superiority over women he has been defeated, and so, in rolling out one old chestnut after another to console himself he gets out one of his favoured index cards and writes: “If you can’t beat ‘em (and you can’t Bruno, John Law says so) join ‘em” and selotapes this to his forehead before going to his GP to get the ins-and-outs of sex realignment op. 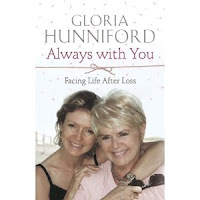 Today while kicking around a few ideas as to how to make money to feed the baby Kimba will be dropping soon, I drew up finally two possibilities;

So I put this latter idea to Kimba, telling her that if we’re freaky enough one video could pay off so much we wouldn’t have to make any more.
How freaky, she asked.
Well, very, I said. Like some sort of bestiality will have to be involved. Probably the imbibing of menstrual blood. Maybe at some point we could induce labour and when the wee scrota comes out we get the dog, some big Alsatian or Pit Bull or something, to eat it alive. Freaks dig death -
No, she squealed.
Only joking, I chortled.
I’m up for some freaky shit, she said conveniently. Me and The Mistress used to get up to all sorts of profaneness. Actually she could help us out no end in this. Let’s get her help. I’m sure she’s forgiven me for our last falling out, plus you can finally get to meet her. Yay, she went in a meek-numb faux smack head fashion.
No fuck, meet her? I said with much more feeling...No! We can do it ourselves.

* The above is mostly made up, but whoever can tell me what this really is will get a surprise baggy from yours truly, Danny Pongo. --- And so here's Bowie, Hammersmith 1972 to ruminate to: