I Loved You Before I Could Even Call Your Name

I got off the bus at the Europa and walked through the arcade, stopping at the front steps next to the bronze washer women and rolled a total miscarriage of a smoke due to my unfeeling cold numb fingers. Cold’s crept up quick and quiet like a dark corners rapist.

I smoked the wrinkled banana bent fag and stared at the bronze washer women. I bet you the one who made them calls them ‘wemmin’ on all his pamphlets. One of them put me in mind of Julian Simmons. I imagined him dressing up like one for his nightly Corrie intros.

They’re weird those bronze washer women. They’ve got tennis rackets and rolling pins and all types of kitchen utensils stuck to them. These items seem to be growing out of them – or are somehow part of them anyway. Made me think of the Philadelphia experiment where the US Navy sent this frigate full of seamen forward in time to 1984 then back again to 1943/44, I think it was. When they got back they’d bits of the ship sticking out of them (like guardrails say) and some had become entombed in the walls. Others had their bodies sticking out of the floor – and some – were merged together, half and half like too Siamese Siamese twins.

So I stood musing over these washer women when I noticed this girl walk past, all of 16. She was the spit of Amy Winehouse – and had obviously aped her style to make her look even more so. I’ve always had a thing for Amy Winehouse and that combined with my look-a-like fetish had me nearly tailing this girl home. But I didn’t – when I remembered that if she was only 16 – and she looked that more or less that – then I’d not be able to rattle her anyway, seeing the age of consent here was 17 (as far as I know?) 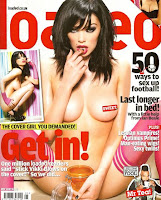