God's On Our Side, We Know We're Right, Come To The Light: Say Goodbye To All Your History

I have been all at 6’s and 7’s this last week busying me and Party Time into rustling up the coin so’s we can buy up some provisions, or, what I am calling them: ‘Our Doomsday Supplies’.

Having learnt I’d suffered a bereavement (Boke The Cat’s dead *RIP*) + a massive dive in serotonin levels due to the ingesting of 3 of the strongest e’s I’ve had in years (ergo subsequent comedown being equally powerful) + add into the mix: I learn my sister Micheesha has taken up again with that Stupid Peter, having kicked him out 2 or 3 months back for whipping the children with “electrical cut-offs” he nicked off the building site he works on.

Party Time told me a story the other day about how when he was destitute in London - (thought that’s not where he’s from, for those seeking to whittle down the suspects, so to speak) – and found himself living in some old derelict former funeral home, down and out in the strictest sense, his mental wellbeing decimated by some type of meth induced paranoid psychosis, so much so he’s into believing that the Triads are after him and were, at any minute, going to locate him and haul him off and stub out fag ends on his forehead, or whatever it is the Triads do when you cross them big style.

He filled me in a little on the circumstances that led up to this; dealing Crystal outta a house in (one of those well known run down areas of London) with this Sri Lankan (or Nepalese [can’t remember]) doll, who was his woman, and how something had ensued with them, money or whatever, and she basically either twisted his head or was for real in convincing him she *was* getting the Triads on him (even though I thought they were exclusively a Chinese gang).

So he’s walking the streets of London and finds himself in this derelict funeral home and then, in the telling of this story, he switches to talking about the one’s in the gang he was in, back at where he’s from, that they got this thing, can’t remember, but they got a name for it, its like a string round their neck, with a Clipper Lighter and a pipe strung through, so when they took a notion to have a toke their instruments weren’t more than an inch from their lips. But, the point of him telling me this, he says, is that these were the ones who were really caning it, all the time, and that sort of Crystal using it forms, like, bubbles on the brain, these chemical collections, that cannot be processed by the body, or broken down, so these highly corrosive chemical build-ups eat into the brain, destroying certain parts of it like the areas dealing with short-term memory and pleasure receptors. And that is why, he tells me, when he started hitting it hard due to his paranoia, his face became all collapsed in like an old man on chemo and his teeth are all gone to shit, cos whatever chemicals are used in the manufacture of Crystal, the left-behinds in the body eat you up. But these chemical build-ups don’t only collect in the brain or eat away at your innards; they can be expelled through the pores and sometimes come out like acne.

So Party Time’s there, in this derelict funeral home, where he also finds a coupla other squatters, these Lithuanians, and they got the place all wired up with a TV and microwave etc, proper wee bolthole. For Party Time, though, the Triad heebie-jeebies are rocking him real bad. His face has broken out with this ‘chemical acne’ after the heavy using, this build up of dermatological meth clusters under his skin. So in his desperation, to stave off ‘the fear’, he pops this shit into a square of tin foil and puts it in his pipe, like as a gauze, and smokes it…

But that ain’t even the half of it. Party Time’s maybe got us some attention from our own intel apparatus here in lovely NI, the Special Branch, but that’ll have to be for another time.

It’s only left for me to say that with this convergence of anxieties, 1 part circumstance of environment, 2 parts consequence, if I were a country I’d be on amber alert with the threat level sliding toward red. The walls are closing in on all fronts, with the micro mirroring the macro…it may all go to shit tomorrow for one and all, and who wants to be left like a spare dick at an orgy…the results are in, and the coin’ll be found to stock the cupboards, steel ourselves against the prevailing winds of discord, keep the rolling news on a loop…and maintain: 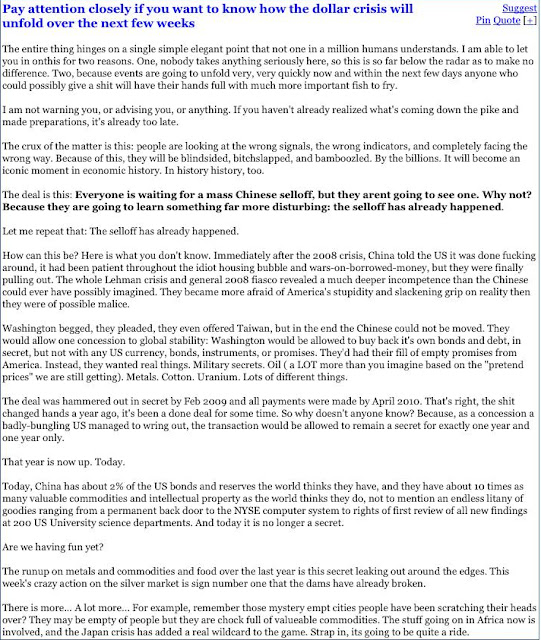